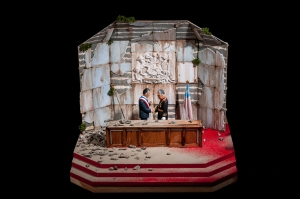 The History of Power 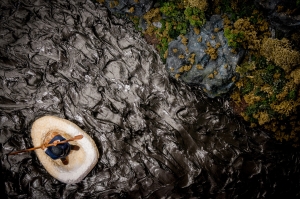 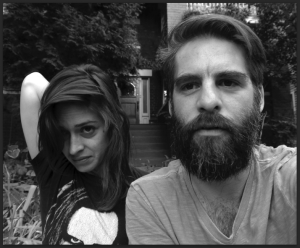 Nico Grum and Isabel Torres. Courtesy of the artists. 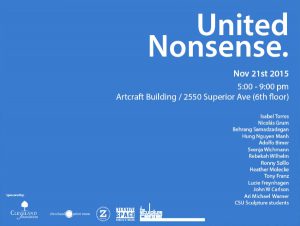 THE HISTORY OF POWER
NEW WORK BY NICOLAS GRUM, CREATIVE FUSION ARTIST-IN-RESIDENCE AT THE SCULPTURE CENTER

Friday, November 13
Opening @ 5:00 – 9:00 PM
Artist Presentation @ 6:30 pm in the Main Gallery
For A History of Power Nicolás Grum presents a body of work created during his art residence in Cleveland that includes sculpture – largely miniature figures and models based on dioramas, drawings, and video that focus on issues, particularly environmental, in the United States. Oil, fear, museums, and pop icons are metaphors of systems developed to maintain inequality and control over society.

about Nico Grum and the Creative Fusion Program

Meet Nicolás Grum and his choreographer and performance artist wife, Isabel Torres. Nicolás (b. 1977) lives and works in Santiago, Chile, and is a graduate of Pontifical Catholic University. An artist of many media, Grum’s work ranges from sculpture to video to performance and is deeply concerned with political and social justice. During the last decade he has focused upon the dynamics of power relationships and their various manifestations in differing contexts. Most recently, he has been considering the political shift of power from the brutal dictatorship of Augusto Pinochet through The Transition to a democratic government. Nico also tackles many other Chilean social and political issues that have occurred throughout the last 20 to 30 years. His work has been shown in the Biennial 798 (Beijing, 2009), Triennial de Chile (Santiago, 2009), and many other solo or group shows around Chile, New York, Berlin, and even Shanghai.
The Sculpture Center has the honor of hosting Nico and Isabel this fall, September – November 2015, through the Cleveland Foundation’s Creative Fusion foreign artist-in-residence program. This is our third Creative Fusion artist. For all of them, we have partnered with Cleveland State University’s Department of Art. The artists engage with the CSU students of Sculpture Professor Irina Koukhanova in a special project. They also use CSU’s Sculpture Studio and work with Professor Koukhanova to learn new sculpture techniques.
Nico, for the first time, has been working in ceramics and casting in bronze and aluminum. His special project for the sculpture students is an incorporation of text with three dimensional shapes that are made only of wood, glue, and one other material. The students have learned how to create artwork for outdoor public display and public interaction that can also be exhibited indoors.
While in Cleveland, Nico and Isabel are also working on a special art project with seventh graders at Cleveland Municipal School District’s Scranton K-8. The students are creating a Scranton School Art Collection using any form of art favored by each student – as drawings, paintings, photographs, videos, sound recordings, or objects.
Isabel, as choreographer and performer, is working independently with a 13-year-old girl at the Cleveland Sight Center to create a collaborative art project.
Nico’s residency is made possible by the generosity of the Creative Fusion program of the Cleveland Foundation. Creative Fusion is an urban-based, community-engaged residency program for international artists to bring global arts and culture to Cleveland. The program consists of two, three-month residencies in Cleveland in the spring and fall each year. Each residency period hosts up to six artists from cultures not well represented currently in Cleveland’s professional arts sector. More information on the Creative Fusion program can be found here.

United Nonsense builds up as a collaboration of 14 artists from or passing through Cleveland. Generated by five international artists from the Fall season Cleveland Foundation’s Creative Fusion Residency Program (Isabel Torres, Nicolás Grum, Behrang Samadzadegan, Hung Nguyen Manh, and Adolfo Bimer), the exhibition stands as an opportunity to invite fellow colleagues from the local art scene with whom they had shared workspaces, art experiences, or just got to know during their short three-months stay in the city. The exhibition will enhance the interaction between local and international contemporary art, in order to establish an overview on how art is been thought among the exhibiting artists.
No themes or mainstream logics are applied as curatorial basis to this show. The artists have just decided to keep it simple. It is a one night Pop-up show about “getting together”, bring their art work, and occupy space. The exhibition will include works in painting, sculpture, installation, video, and mixed media, among others.