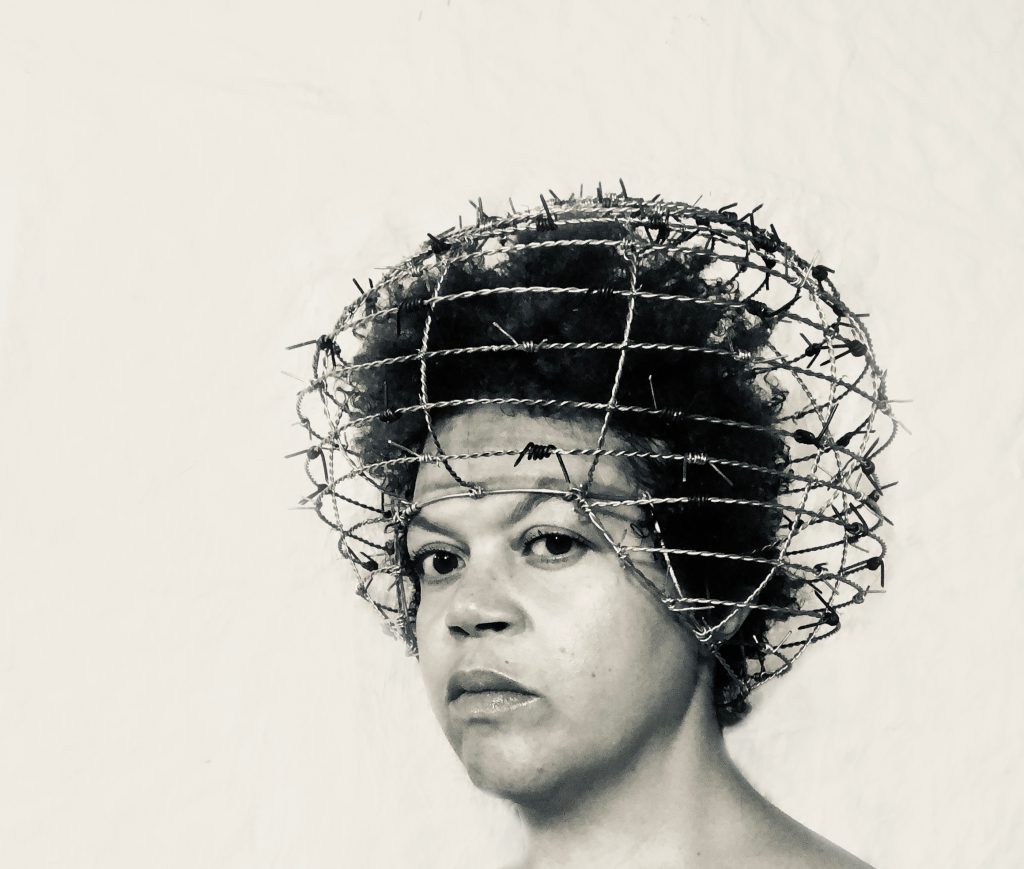 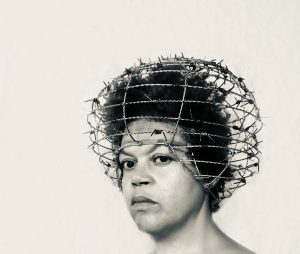 What is a Patriot? A patriot is defined as a person who vigorously supports their country and is prepared to defend it against enemies or detractors. Patriotism is the feeling of love, devotion, and sense of attachment to one’s country. This attachment can be a combination of many different feelings, language relating to one’s own homeland, including ethnic, cultural, political or historical aspects.

Patriotism is usually associated with people who identify as white, in the media. The people involved in The Capital Riots defined themselves as patriots. Now it is more important than ever to add to dialogue and not let one group control the narrative on what it means to be an American to be a Patriot.

As a black female, I have been exploring what it means to be an American in my art work for years. All in the attempt to understand history and how it relates to my present. I dedicated a lot of time investigating America. Does that make me a Patriot? Does the fact that I see all the complexities, ugliness and beauty in this country disqualify me?

Shani Richards was born and raised in Akron, Ohio. She was awarded the following while attending Myers School of Art at The University of Akron.  Placed 1st in Juried Student Show in 2004. She was awarded the April Posey scholarship which is only given to promising young woman metalsmithing. She also received Travel Grant to Europe in 2005. She graduated with BFA in metalsmithing at the University of Akron in 2006. She lived in New York City for six years. While there she did two internships one at Noha’s jewelry as a jeweler’s assistant. The other internship was at Stony Jewelry, she learned about jewelry production and marketing in a corporate setting. Shani also attended Parson New School of design for one semester and studied fashion marketing. She tried to experiment with different art mediums including performances in the city.

She left New York City to return to Ohio for one year to get her artwork done. She took an independent study at her alumina University of Akron to get studio access. She taught two three hour ring making workshops in Downtown Akron. Took a two day inflatables workshop with metalsmith Rachel Timmons. Shani was commissioned by The Summit County Historical Society of Akron, Ohio to make ten broaches that honored ten women for The National Women’s History Month in 2014.

She moved back to New York to pursue an MFA in Metals at SUNY New Paltz. While in school she was awarded the Barbara McFadyen Scholarship and The Sojourner Truth Fellowship. She was the Visiting Artist Lecture Series Coordinator for one year. She organized the series with a budget of 21,729 and had 16 artists such as Dread Scott, Jaimie Warren, Lauren Gallaspy, David Bielander, Lauren Kalman and Vincent Desiderio. She was part of an exhibition titled “A Kind of Confession” at the National Ornamental Memphis Metal Museum. Shani along with David Clemmons, William Rhodes, and Joyce Scott participated in a panel discussion on African American Artists and Art Museum Representation as part of The Association of African American Museums Conference at the Peabody Hotel in Memphis, Tennessee.