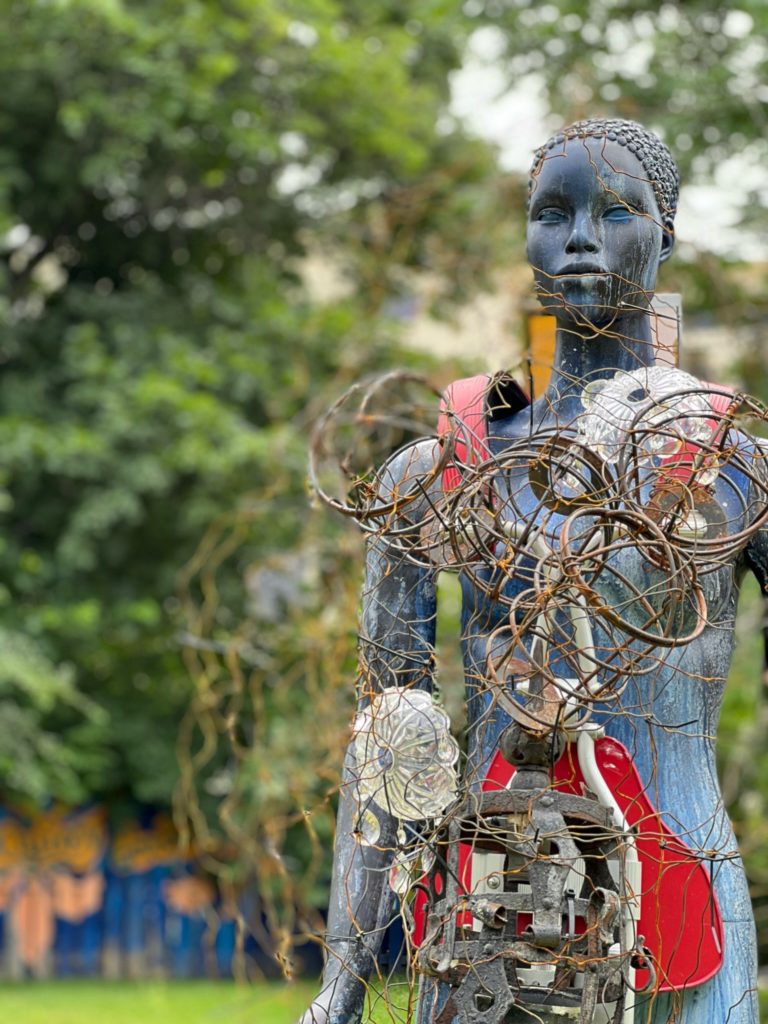 Free. Parking available on the street.

Register Here
Join Grace Chin, the Director of The Sculpture Center, for a guided tour of Abigail DeVille’s The Dream Keeper outdoor exhibition in Quincy Garden. Fairfax residents and community activists, Robert Render III and Dionne Thomas Carmichael, will read inspirational poems from Langston Hughes’ The Dream Keeper and Other Poems. You are invited to bring a favorite poem or two by Hughes to share aloud in the garden after the tour.

The Dream Keeper is inspired by the titular book of poetry for young people written in 1932 by Langston Hughes, who resided in Cleveland’s Fairfax neighborhood as a high school student. Guided by the question, “Who are the dream keepers in Cleveland?” Abigail DeVille weaves the hopes and dreams of the young poet into the historical and cultural narratives of under-recognized populations long past.

The outdoor installation at Quincy Garden in Cleveland’s Fairfax neighborhood is significant for its location a mere three blocks from the house where Hughes spent his developmental years as a teenager, and adjacent to the country’s first inter-racial theater Karamu House, where he was an active participant. The installation consists of thirteen predominantly figurative sculptures made from domestic materials and reclaimed objects once commonly used. Many of the sculptures bear faces cast from members of the Fairfax community, who, through their lived experiences, collectively contribute to a hopeful future. The sculptures are placed in the formation of the phoenix constellation, which lives in the southern hemisphere. The mythical phoenix rises from its ashes to be born anew. But, just like dreams, the phoenix never dies.

Robert Render is a third generation Fairfax resident and he still owns the house he grew up in. Dionne Thomas-Carmichael has lived in the Fairfax neighborhood her whole life. Both Robert and Dionne volunteered to have their faces cast by Abigail and their likenesses are on the sculptures at Quincy Garden.