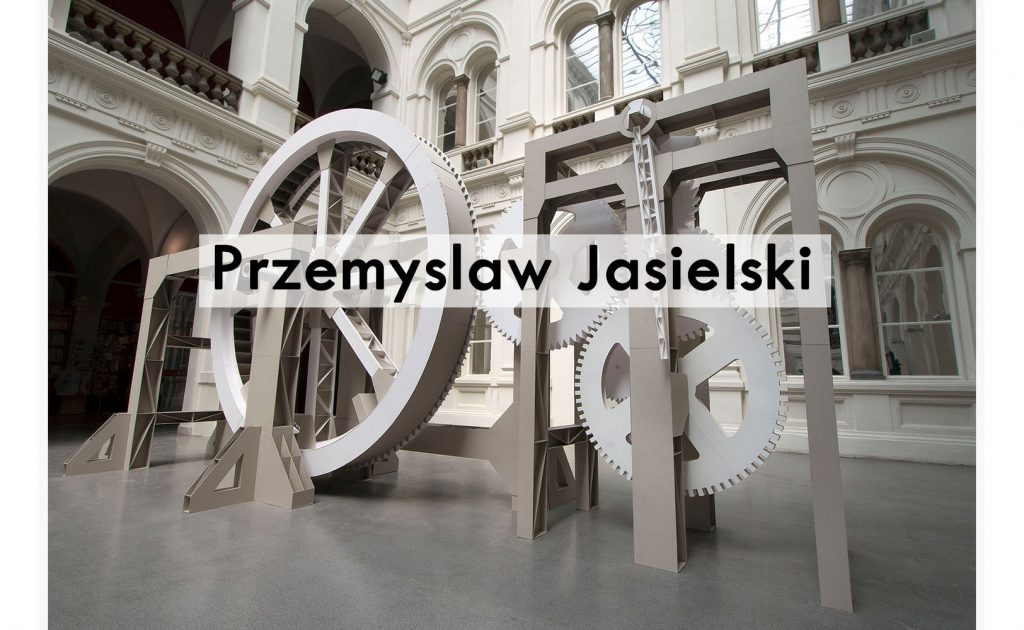 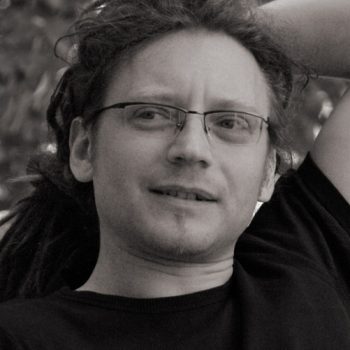 Palm reading machine foretelling the future of the viewer.
In a perverse manner the installation brings an experience of a myth of oracle, which in an enigmatic way can predict our future. The work recalls subconscious cultural traditions such as chiromancy and ancient Greek oracle, whose foretell is difficult to verify. The whole installation is a programmed machine that randomly reveals its personality – sometimes its prophecies tease the viewer directly (presenting messages like “how about a date tonight” or “you have such a beautiful eyes” from time to time). This is yet another author’s experiment with the emotionality of machines, or rather the emotionality roused in a human due to contact with a machine. The artwork also encourages reflection on trust in technology and our dependence on it, as well as the fear of its domination.

Monumental, fully functional clock hand made entirely out of paper, without using any additional materials.
It’s construction based on a traditional clockwork movement was created experimentally with a huge amount of labour. Gravitationally powered, by paper weights it allows alternative time measuring.The project combines artists experiments both with paper as a fragile and obsolescent matter and searching for alternative solutions in engineering work with the machine. In this case clock, that is supposed to be a tool for precise measure of reality, is practically useless: it tells the time incorrectly and its dial is impossible to read. Furthermore, contrary to the tradition, it is not a lifelong clock because of the impermanence of paper, so the life expectancy is impossible to determine.
Its sense, conditioned by the denial, is an exemplification of the resistance towards the homogeneous development of technology and fitting men into rationality schemes.The ironic game of “resistance to the system” by knowingly committing an error fosters searching for new solutions.

A photographic robot with a built in choice making capability taking portraits of the audience.
Controlled by a custom software robotic arm, it operates a DSLR camera with mechanical shutter release. All photos taken are immediately printed and dropped on the ground. Kinnect operated body and movement identification allows the user to precisely point the camera and take a perfectly composed portrait. However, because of it’s settings, the Robotoid seldom takes photos we normally consider to be usual. Carefully chosen parameters of the program steering the robot change constantly, making it’s actions different from a normal machine behaviour. However, unlike the human photographer it suddenly switches it’s attention from one object to another, releases the shutter at unexpected moments and concentrates on “less important “ actions and details.
What also makes taken photos very unusual is people’s behaviour in front of a camera which is not operated by a person. They are much more natural and less posed. They are naturally driven into a specific game when they act and move in front of the robot, trying to influence it’s actions when taking their photo.

Paper chain seized with graphite grease
The object belongs to a series of works made in situ, which form is inspired by machine elements. This is a pawky kind of technical drawing, rising to a three-dimensional form, using graphite grease on paper. A technological element is used in an absurd way, denying its original function: grease, as opposed to its typical appliance, acts as a binder in this case. Technical Drawings demonstrate a remark of the relationship of art and engineering, in the form of an object taken from the field of technology subjected to artistic analysis.

A series of engraved plates presenting projects accumulated through years by the artist in processes of concept creation and its implementation. Preparing artistic projects is often subjected to external judgment, for instance, during applying with project proposal for grants, residencies and exhibitions. Of course proposals are usually rejected – only small percentage is accepted by different kinds of juries. Even ideas are sometimes cancelled at the very beginning by the author because they are too difficult or too expensive to execute. Rejected Projects is an act of maintaining difficult, inconvenient or seemingly failed concepts by immortalizing them with a precious technique of engraving. Something that was meant to be discarded is preserved as a striking concept.

In 2013, The Sculpture Center hosted Przemyslaw Jasielski as our first artist-in-residence through the Cleveland Foundation Creative Fusion Program. Jasielski’s exhibition, Analog Immigration, opened at The Galleries at Cleveland State University. Jasielski returned to the Sculpture Center in 2014 for Minitour, an installation created especially for the Sculpture Center’s main gallery, building on his work dealing with themes of technology and human interaction. In 2016, Jasielski showed new work in the main gallery once again with Apparat. Retrogression through technological progress, part of an exhibition series that he began in Poland. What follows is a sampling of his recent work:

More information about Przemyslaw Jasielski and his work is available on his website at http://www.jasielski.com/