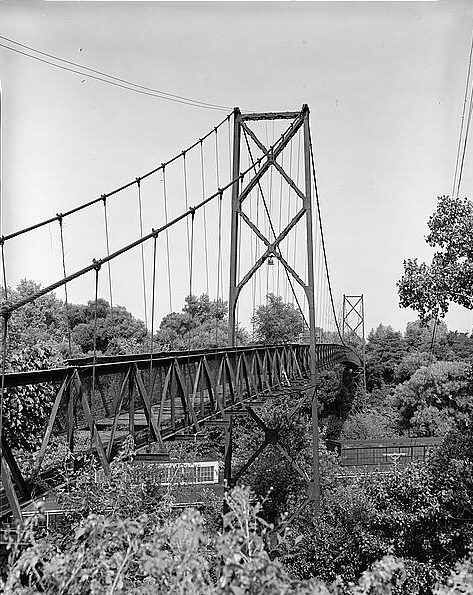 Crossroads artist Shani Richards about her work “The Bridge.” 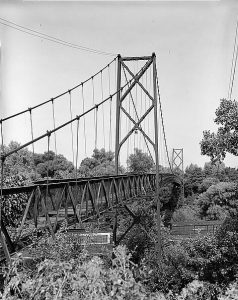 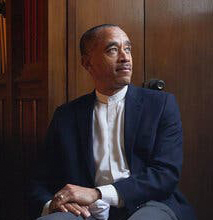 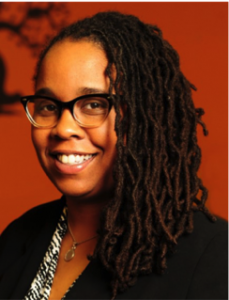 The Sculpture Center, in conjunction with Slavic Village Development, Burton, Bell, Carr Inc. and the Elizabeth Baptist Church, will lead a panel discussion dismantling the political, social, and economic barriers  behind “resurrecting” the Sidaway Bridge. The wooden footbridge, which once served as a connection between the residents of Kinsman and Slavic Village, was burned during the Hough Riots in 1966, literally destroying the juncture between the two neighborhoods. This conversation will address how the Bridge, in a current state of neglect, can once again connect communities. This talk will be led by Chris Alvarado of Slavic Village Development, Bianca Butts of Burton, Bell, Carr Inc., Crossroads artist Shani Richards, and Pastor Gibson of Elizabeth Baptist Church.

Chris Alvarado  Since 2014, as executive director of Slavic Village Development, Chris Alvarado has led the revitalization of Cleveland’s Broadway/Slavic Village neighborhood through new home construction, the rehabilitation of nearly 200 vacant and abandoned homes, the administration of housing and storefront renovation programs, as well as a partnership to improve educational outcomes for students. A resident of Cleveland’s Detroit/Shoreway neighborhood, Mr. Alvarado served for 12 years as associate senior planner at the Cuyahoga County Planning Commission. From 2012 to 2014, he was a Strong Cities Strong Communities Fellow for the German Marshall Fund, working with the Cleveland and Cuyahoga County land banks under a grant from the U.S. Department of Housing and Urban Development.

Pastor Gibson  Pastor Gibson has served as pastor of the 101 year-old Elizabeth Baptist Church (“EBC”) since 2002.  EBC is actively focused on evangelism and discipleship, and is also engaged in impactful ministries.  In addition to Christian education and worship, EBC operates a homeless shelter for pregnant women and children, and the shelter is opening n 24/7 all year and holds up to 36 persons. EBC provides a feeding and a clothing ministry that impacts over 9,000 persons each year.  EBC has adopted a local school and provides tutors and other assistance each week.  EBC houses the largest prison ministry in the state of Ohio, as well as the largest interfaith group in Northeast Ohio. Pastor Gibson has completed study at Yale University (B.A.), Syracuse University in Italy, Case Western Reserve University (CWRU) (J.D.M.B.A.), Oxford University in England, and Ashland Theological Seminary (P.O.E.). Pastor Gibson is an adjunct law professor at CWRU law school.  Pastor Gibson serves on several boards, and he is currently president of the Board of the Cuyahoga County Juvenile Court.  He has traveled extensively to over 25 countries.  Pastor Gibson credits and praises the Lord for all that the Lord has done.

Bianca Butts  Bianca M. Butts, a native of Cleveland, is on a mission to energize and empower citizens to revitalize their own urban communities. For much of her professional career, she has been focused on helping people become proactive in preserving their spaces with or without the assistance of institutions. Currently, Bianca is currently the Neighborhood Services Coordinator at Burten, Bell Carr Development, Inc. and was formerly the Manager of Climate Resiliency and Sustainability at Cleveland Neighborhood Progress.

Shani Richards  Shani Richards is a metalsmith born and raised in Akron, Ohio. She received her BFA in Metalsmithing from the University of Akron and her MFA from SUNY New Paltz, where she was awarded the Sojourner Truth Fellowship. She says of her work in Crossroads, “The Bridge:” I am drawn to the history of the Sidaway Bridge when it was vandalized during the Hough Riots in 1966. Some of the wooden planks of the walkway were removed and set on fire on the Slavic Village entrance of the bridge, so no one on the Kinsman side of the bridge could enter again. For the past 55 years, the boards were never repaired or replaced; the bridge was left in disrepair and neglect. This bridge is important to me because to me it reflects the elephant in the room that no one wants to acknowledge: how America was built on the system of slavery and disregarded the people that were here before and The White Supremacist Capitalist Patriarchy that resulted from it. By acknowledging the volatile history of the Sidaway Bridge, we can recognize its power to re-connect divided communities across Cleveland. “

Resurrecting the Sidaway Bridge is free to attend! Registration is required.