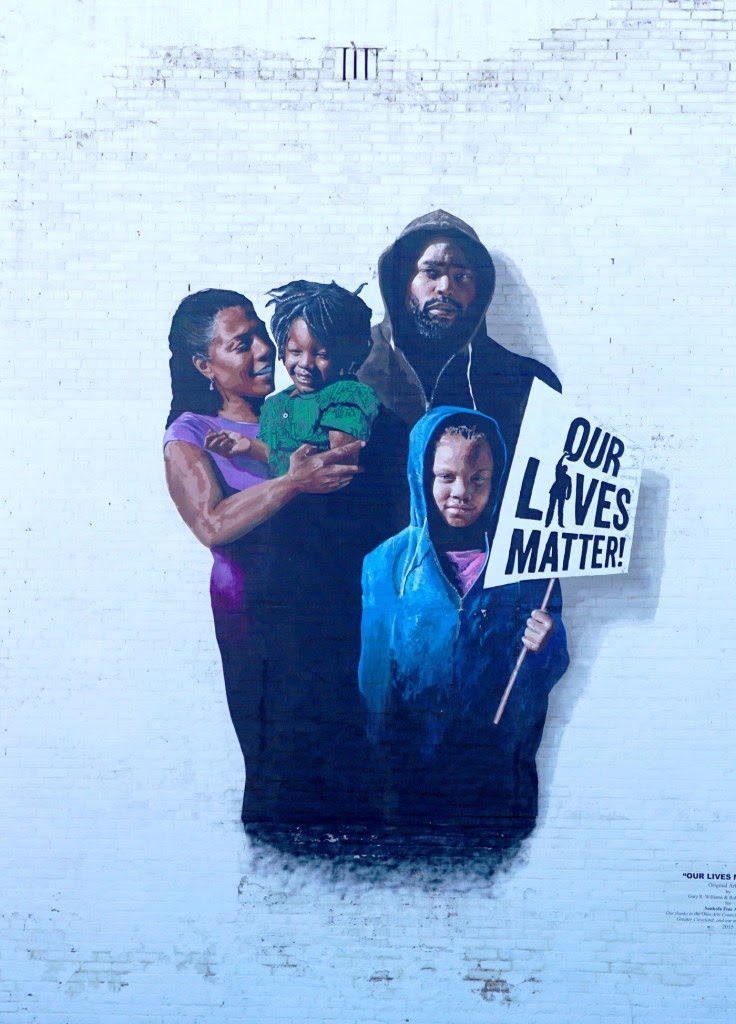 “Our Lives Matter” in Augmented Reality

Our Lives Matter in Augmented Reality 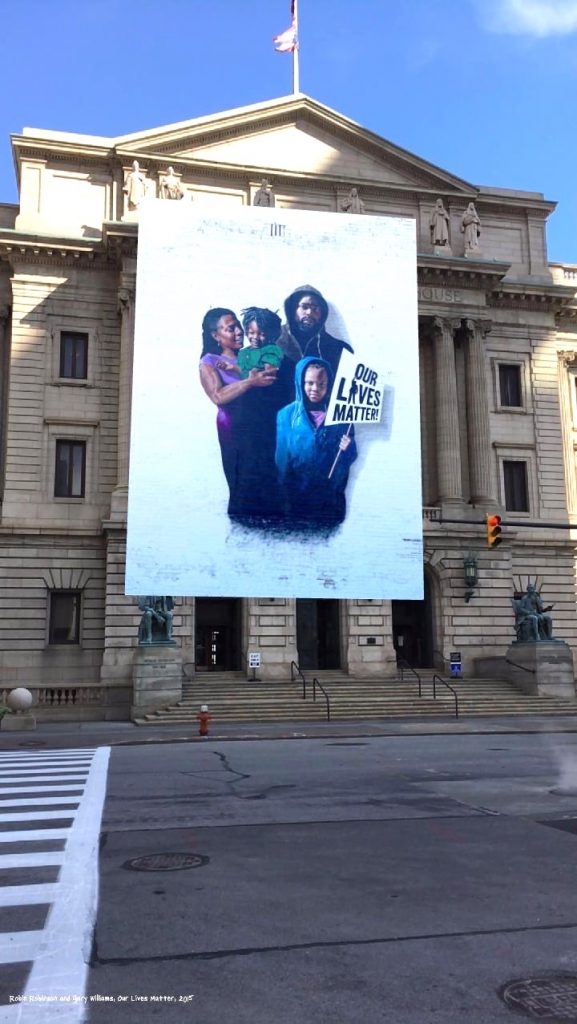 Robin Robinson and Gary Williams, Our Lives Matter, AR painting via the @4thwallapp 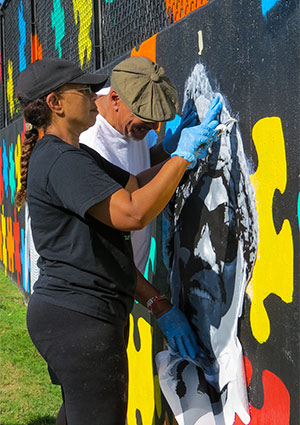 Artists Robin Robinson and Gary Williams at work in the community.

On LOCATION: In front of the Cuyahoga County Courthouse, 1 Lakeside Avenue and Ontario, Cleveland, OH
Ongoing

On Juneteenth, June 19, 2020, the Sculpture Center collaborated with artists and activists Robin Robinson and Gary Williams and LA-based artist Nancy Baker Cahill to present the virtual installation of Robinson and Williams’ mural, Our Lives Matter, on a grand scale. Our Lives Matter in Augmented Reality is viewable on Baker Cahill’s free app “4thWall”. The mural appears to “float” in the air in front of the Cuyahoga County Courthouse, dominating that stretch of Lakeside Avenue.

Robinson and Williams’s mural contains the message that “Our Lives Matter.” They originally created the mural on East 105 Street and Yale Avenue in East Cleveland in 2015 with support from the Ohio Arts Council and the United Black Fund of Greater Cleveland. The powerful “OUR LIVES MATTER” is taken from a two story mural inspired by the Washington Post’s article that reported a rise from 860 to 1092 of non accidental police killing of Black people between 2014 to 2015. It also makes reference to the 17-year old Trayvon Martin who was shot and killed by a neighborhood watchman in 2012 partly because he was racially profiled for wearing a hoodie.

HOW TO VISIT THE ARTWORK IN AR