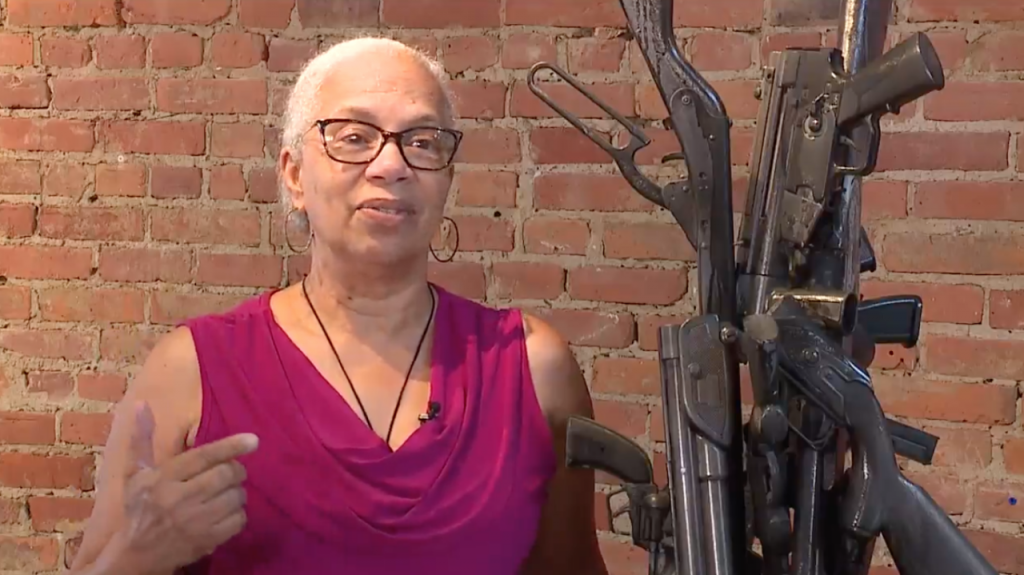 CLEVELAND — Cleveland’s Black artists are coming together to art to shine light and give voice to six communities diminished by racial and economic divide. Their new exhibition “Crossroads: Still We Rise,” which was curated by Robin Robinson and the Sculpture Center, aims to revive those areas using augmented reality.

Captured by Gina Washington’s camera lens are the faces, smiles, heritage and future of Cleveland. Her latest piece, featured in the Sculpture Center’s Crossroads: Still We Rise” exhibition, is called “I Am.”

“This piece was all about the hope,” she said. “Whatever follows I am, you are. You need to know who you are so nobody can come in front of you and tell you you’re somebody else.”

Washington says her hometown of East Cleveland is anything but what others have claimed it to be.

“It’s like they always ride through town and look at all the bad stuff. So, I’m like I’m done with that you know what I mean because there’s so much beauty inside us.”

We’re told the same beauty is radiating under years of neglect within five other East Side neighborhoods.https://573f48cb51e520d1878d0d5411bbf419.safeframe.googlesyndication.com/safeframe/1-0-38/html/container.html

The exhibition aims to help bridge the divide and force others to step out of their comfort zone and leave their judgments at city borders. Using an augmented reality mobile app, visitors can witness the magic deep-rooted come to life through 12 art pieces by local black artists like Washington. The augmented art displays are strategically set up at locations within those communities.

“It’s the therapeutic aspect of art that basically heals and these areas, neighbors and neighborhoods, in particular, have been unheard you know they’re silenced and not that they don’t have a voice but their voices are ignored so the art in itself was to showcase their voices,” Robinson explained. “It’s just been so much work and it’s a labor of love.”

Washington says the exhibition is a great first step toward change.

“We’re all flesh and bone. Everything I do affects you,” she said. “What’s going to really connect us? And then what’s going to be the work after we realize we’re connected.”

Find out more (and watch the video) at: https://www.news5cleveland.com/news/local-news/oh-cuyahoga/crossroads-still-we-rise-exhibition-uplifts-clevelands-eastside-communities