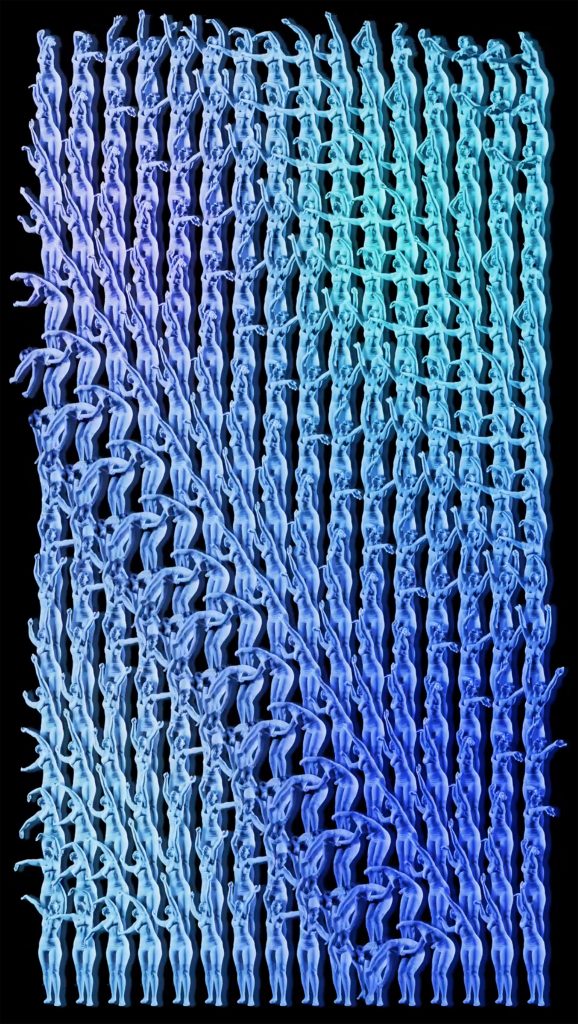 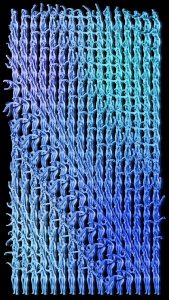 Kasumi: Surfacing and Selections from The Perpetual Series

Surfacing, the continuation of a project begun as part of the Cleveland Museum of Art’s Keithley Symposium on Monuments and Memory, draws on the political and symbolic parallels between women and water.

The project reimagines how and what we memorialize in order to, among other things, make visible previously hidden or unspoken histories.

Taking the form of a digital kinetic sculpture, Surfacing depicts the moving image of a single woman multiplied infinitely and arrayed so that, seen from a distance, the myriad of images appear as a singular structure with streams of water flowing across its surfaces, histories and potentialities undulating within.

Similarly, works from Kasumi’s Perpetual Series pull the viewer into images that provoke memories in infinite ways. They remind us that the pieces from which we construct our current place in the world are already within us as the memories of movements, personalities, expressions, and gestures. The works’ simplicities hide complexities, the way fractals, by repeating a simple process over and over in an ongoing feedback loop, depict the infinitely complex patterns of reality.

Kasumi is an artist and musician who uses contemporary and developing technology to alchemize physical materials, digital media, and live performance into works of art. She is the recipient of many prestigious honors, including the Cleveland Arts Prize, Creative Workforce Fellowship, MacDowell Fellowship, and a John S. Knight Foundation Grant and was awarded a John Simon Guggenheim Fellowship for her experimental feature film, Shockwaves.

The exhibition Surfacing and Selections from the Perpetual Series is made possible with the additional support of: