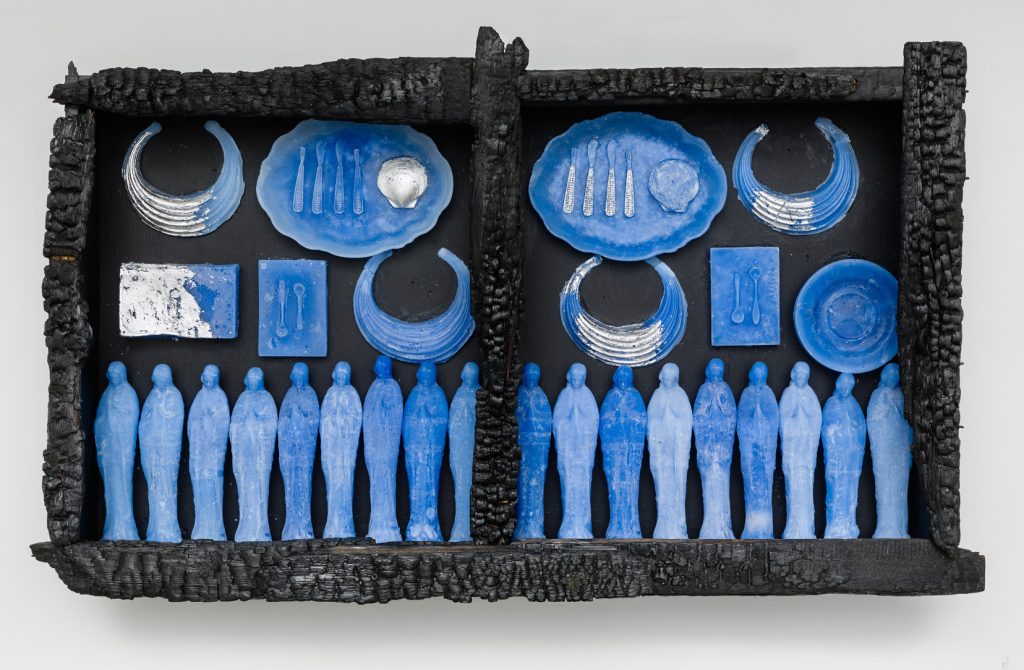 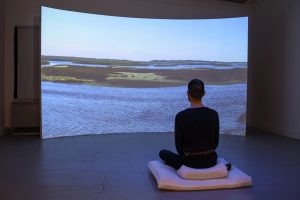 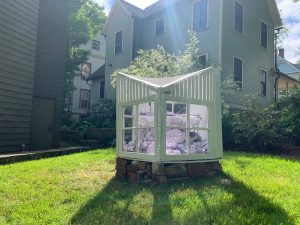 Julie Schenkelberg’s CURRANT and Sara Dittrich’s In slowness there is fullness opens Friday, October 21, from 5:30 – 8:00 PM at The Sculpture Center. Come see the new shows and hear from the artists about their works in the galleries!

Julie Schenkelberg’s Spotlight show, CURRANT, will open in tandem with Baltimore-based artist, Sara Dittrich, a recipient of The Sculpture Center’s signature Revealed early career exhibition program which awards regional artists in the first ten years of their career a solo show. Dittrich’s show In slowness there is fullness will be the artist’s first solo exhibition in Ohio.

This presentation of work by a mid-career artist through a Spotlight show alongside that of a Revealed early-career artist marks the latest move by The Sculpture Center to expand its support to sculptors along their journey.

Julie Schenkelberg received a BA in Art History at the College of Wooster, OH and a MFA at the School of Visual Arts, NY. Before pursuing a career as an installation artist, she spent eighteen years working at high level theater and production houses as a scenic painter. Her sculptures have been displayed in exhibitions at the Mattress Factory Museum of Contemporary Art (Pittsburgh, PA), the Museum of Art and Design (New York City, NY), EXPO CHICAGO (Chicago, IL), SiTE:LAB UNTITLED during Art Basel (Miami Beach, FL), the University of Akron Meyers School of Art (Akron, OH), and abroad in Italy, Spain and Norway. She is the recipient of many grants including four National Endowment for the Arts Grants and a Harpo Foundation grant. Schenkelberg is represented by Asya Geisberg Gallery (New York City, NY).

Sara Dittrich (b. Cincinnati, Ohio 1991) is located in Baltimore, Maryland where she has lived and worked since receiving her BFA from the Maryland Institute College of Art. Dittrich continuously informs her work through travel, a practice that began in 2013 when she studied under Dominik Lang at the Academy of Arts, Architecture and Design in Prague. She has also been awarded artist residencies including Bemis Center for Contemporary Arts (2015); the Vermont Studio Center Fellowship (2015); and Sculpture Space (2015). In 2018-2019, she was a Fellow at the Fine Arts Work Center in Provincetown, MA. She is the recipient of a 2017 Mary Sawyers Baker Artist Award, and was a 2017 Janet & Walter Sondheim Prize Finalist. Dittrich’s work has been exhibited and performed in numerous venues including the Baltimore Museum of Art, MD; Washington Project for the Arts, DC; and Urban Institute for Contemporary Arts, Grand Rapids, MI.