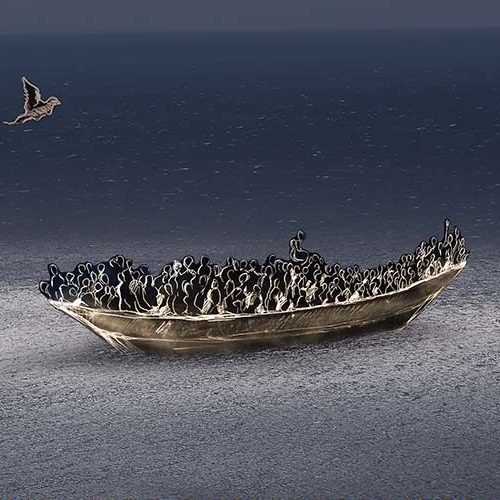 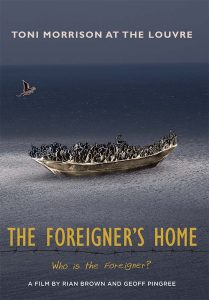 Screening of The Foreigner’s Home
+ talk with the filmmakers Rian Brown and Geoff Pingree
at The Sculpture Center
Sunday, December 9 at 5:00 p.m. in the gallery of the Artist Archives of the Western Reserve

The Foreigner’s Home, co-directed and co-produced by Rian Brown and Geoff Pingree, is a visually stunning and intellectually provocative documentary film. With the prophetic words and ideas of Toni Morrison the film explores her artistic and intellectual vision through “The Foreigner’s Home” a 2006 exhibition at the Louvre in Paris, France.  “Who IS the foreigner?” asked Toni Morrison at her Louvre exhibition. Through extensive archival footage, animation, and exclusive interviews, this film expands that conversation.  The Foreigner’s Home presents a series of candid and incisive exchanges about race, identity, “foreignness,” and art’s redemptive power.

After the screening of 57:00 min, there will be an informal exchange with Rian Brown and Geoff Pingree. Brown will also speak about her exhibition Palimpsest on view in the Main Gallery at The Sculpture Center. The exhibition focuses on the animations designed to build a visual world to support Toni Morrison’s words and ideas. With her original drawings used to make the animations in the film hung in strips on the wall and from the ceiling, reminiscent of film frames, and the animations from The Foreigner’s Home  projected on the wall Brown has transformed the gallery into an evocation of the age of film.

RSVP with this link so we can be sure to have enough seating for viewers.

Click here to learn more about The Foreigners Home which was Executive Produced by Jonathan Demme.