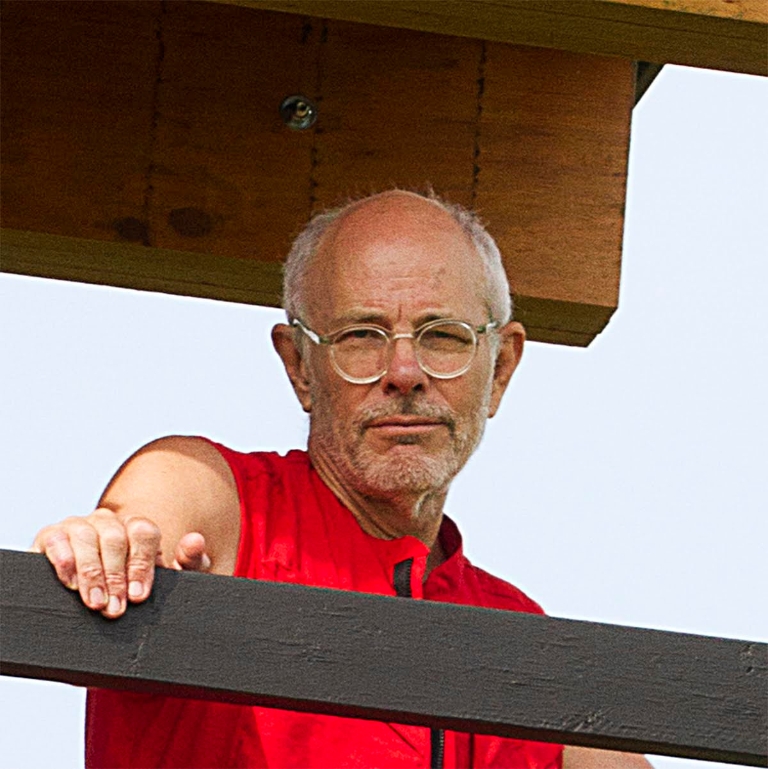 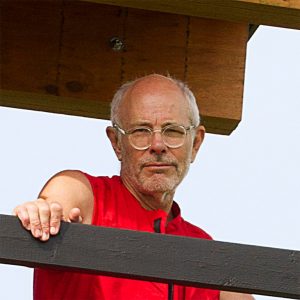 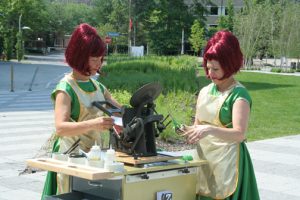 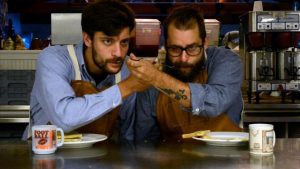 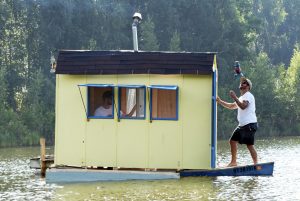 Sebura & Gertelmann, “It’s hard to find home, but sometimes you find it in someone else,” 2011 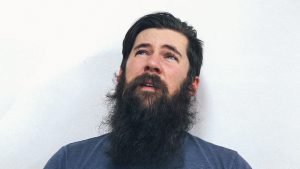 Panelist Anthony Warnick, Lecturer at the Cleveland Institute of Art, Artist-in-residence at Oberlin College, and Co-Curator/Co-Director of The Muted Horn (Cleveland, OH). Click here for video of “We Wept (after Bas Jan Ader),” 2016.

The fifth panel for the Cleveland Sculptors Network/Getting There from Here, The Sculptor Performing
6:30 to 8:30 p.m. Saturday, April 28, 2018
Free and Open to the Public.
Location: Goldhorn Brewery (1361 East 55th Street, Cleveland, Ohio).
Enter at the door marked BEER. Parking available at the south end of the building and in the back.

The Sculptor Performing, the 5th panel for the Cleveland Sculptors Network, focuses on sculptors who incorporate performance as an integral part of their practice.  Panelists include The Sculpture Center’s visiting artist Ward Shelley, an artist based in New York and Connecticut and a spring 2018 SWAP artist at SPACES, whose large scale installations have come to be identified as a sort of “performance architecture”; Jonas Sebura, Assistant Professor of Sculpture/Expanded Media at Kent State University; and Anthony Warnick, full time lecturer at the Cleveland Institute of Art, artist-in-residence at Oberlin College, and Co-Director/Co-Curator of The Muted Horn in Cleveland, OH; with moderator Corrie Slawson, a mixed media artist represented by SHAHEEN Modern and Contemporary (Cleveland, OH) and Metropolitan Gallery (Austin TX).

Ward Shelley works as an artist in New York and Connecticut. He is interested in the constructed-ness of internal and corresponding external worlds and how they mediate and form each other. Shelley specializes in large projects that freely mix architecture and performance. For more than a decade, he has been collaborating with Alex Schweder, using experimental architecture to explore the dance between the designed environment and its consequences. Since 2007, the duo have designed, built, and lived in (or on) seven structures, all of them in locations where the public are invited not only to witness, but also to actively engage with the artists in direct dialogue about their practice—an activity that has coalesced into what they call “performance architecture.” Shelley also works on diagrammatic paintings: information based timelines on culture-related subjects and history. He frequently works with Douglas Paulson on constructed environments often linked to mind, text, and language, including his SWAP project for Spaces in 2015, The Last Library. He will be exhibiting with SPACES gallery in Cleveland, OH for their 40th anniversary exhibition: 20/20 Hindsight (April 20 – June 15, 2018). Shelley’s work has been exhibited in more than 10 countries and is in a number of museum collections including the Museum of Modern Art (NY), The Whitney Museum, the Brooklyn Art Museum, and The Elizabeth A. Sackler Center for Feminist Art. Shelley received a Painting and Sculpture award from the Joan Mitchell Foundation and was a fellow of the American Academy in Rome in 2006. He has received NYFA and NEA fellowships in sculpture and new media categories, a Bessie Award for installation art (described here), and grants from the Jerome Foundation and the Pollock-Krasner Foundation. He is represented by Pierogi Gallery in Brooklyn.

Jonas Sebura received his MFA from the School of the Art Institute of Chicago in 2011 and BFA Degree from Alfred University in 2003. He is an Assistant Professor of Sculpture/Expanded Media at Kent State University. Previously, he has been an Adjunct instructor in the Sculpture Department at School of the Art Institute of Chicago and attended residencies at the Charlotte Street Studio Residency in Kansas City, and The Ox-Bow School of Art in Saugatuck, MI. His performance practice, Sebura&Gartelmann, was formed in 2009 with Alex Gartelmann when the two met while working toward their MFA at the School of the Art Institute of Chicago. They have exhibited work throughout the United States in various venues including Carrie Secrist Gallery in Chicago, The Urban Institute of Contemporary art in Grand Rapids, the University of the Arts in Philadelphia, and the Edwin Gallery in Detroit, Michigan. Their work has been included in various exhibitions on themes of loss, impermanence, and home. Jonas W2S 2018 exhibition at The Sculpture Center, Confounded into Unitary Chaos, is on view through April 13.

Anthony Warnick is a Co-Curator/Co-Director of The Muted Horn in Cleveland, OH, a non-institutional project space that shows one-person exhibitions by regional and national artists to promote experimental modes of practice. Warnick earned his BFA in Web and Multimedia Environments from Minneapolis College of Art and Design (2011) and his MFA in Sculpture from Cranbrook Academy of Art (2015), and he is currently a full-time lecturer in Sculpture and Expanded Media at the Cleveland Institute of Art and an artist-in-residence at Oberlin College for spring 2018. His practice critiques the systems within which we all operate through performance and experience and the objects/documentation that arise from those actions. His W2S 2018 exhibition at The Sculpture Center, Language Games, is on view through April 13.