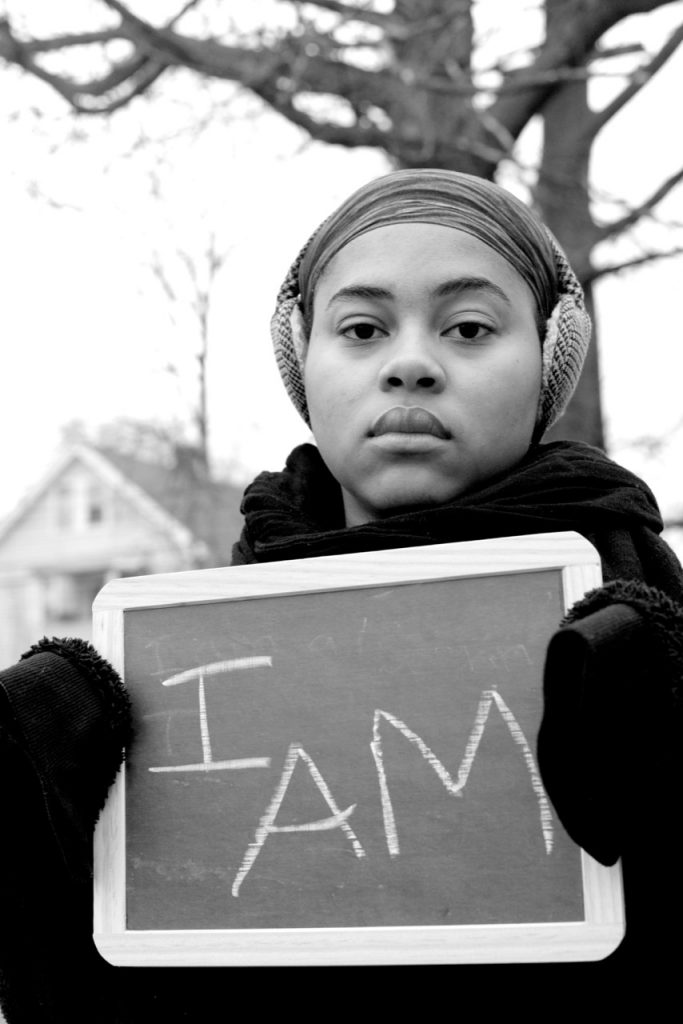 Cleveland Magazine: The Sculpture Center ‘Crossroads’ Exhibit is a Digital Examination of Cleveland’s Past

When Grace Chin joined The Sculpture Center in July 2019 as its executive director, she wanted to expand its presence throughout Cleveland. Chin’s vision becomes a reality this summer with the new Crossroads exhibit, an augmented reality exhibition series that starts July 16 and runs through Sept. 25. It explores Cleveland’s forgotten histories by digitally examining race and neighborhood identities. Chin shares three things everyone should know before trying out this new exhibit.

The exhibit is available in six different East Side communities.
The 12 exhibit sites are located in the Glenville, Central, Slavic Village, East Cleveland, Kinsman and Buckeye communities. Each location will showcase a different piece of artwork from 12 Cleveland-area African American artists. “We really want to demonstrate the change in Cleveland’s demographics and how the East Side neighborhoods have been left out of the conversation of ‘What’s next?’ ” Chin says. “We have a really diverse group of artists but at the same time they all share that common history of being African American in Cleveland.”

The augmented reality portion is hosted on a specific app.
At each location, the augmented reality portion of the exhibit will be viewable on 4th Wall, a phone app created by Nancy Baker Cahill. Through the app, each location will be transformed in real time. One of the locations is the Goodwill on East 55th Street. At face value, it looks like an average, nondescript building. But when scanned in the app, the building is transformed back into the artist’s rendition of its previous life as the Majestic Hotel, which was the largest hotel in Ohio accommodating to African Americans in the 1950s and ‘60s. “Some exhibits might highlight how the area has changed, while others might provide some additional context about the surrounding neighborhood,” Chin says.

It’s also accessible from inside The Sculpture Center.
If you can’t make it to any of the 12 locations, The Sculpture Center will be hosting the exhibits inside its showroom, where there will be an additional augmented reality segment. Using an iPad provided by The Sculpture Center, guests will be able to scan physical copies of each exhibit for a new AR experience. “The two exhibits don’t really compete,” Chin says. “This is a way for us to take our art outside of the gallery to help start a conversation that’s relevant to today.”