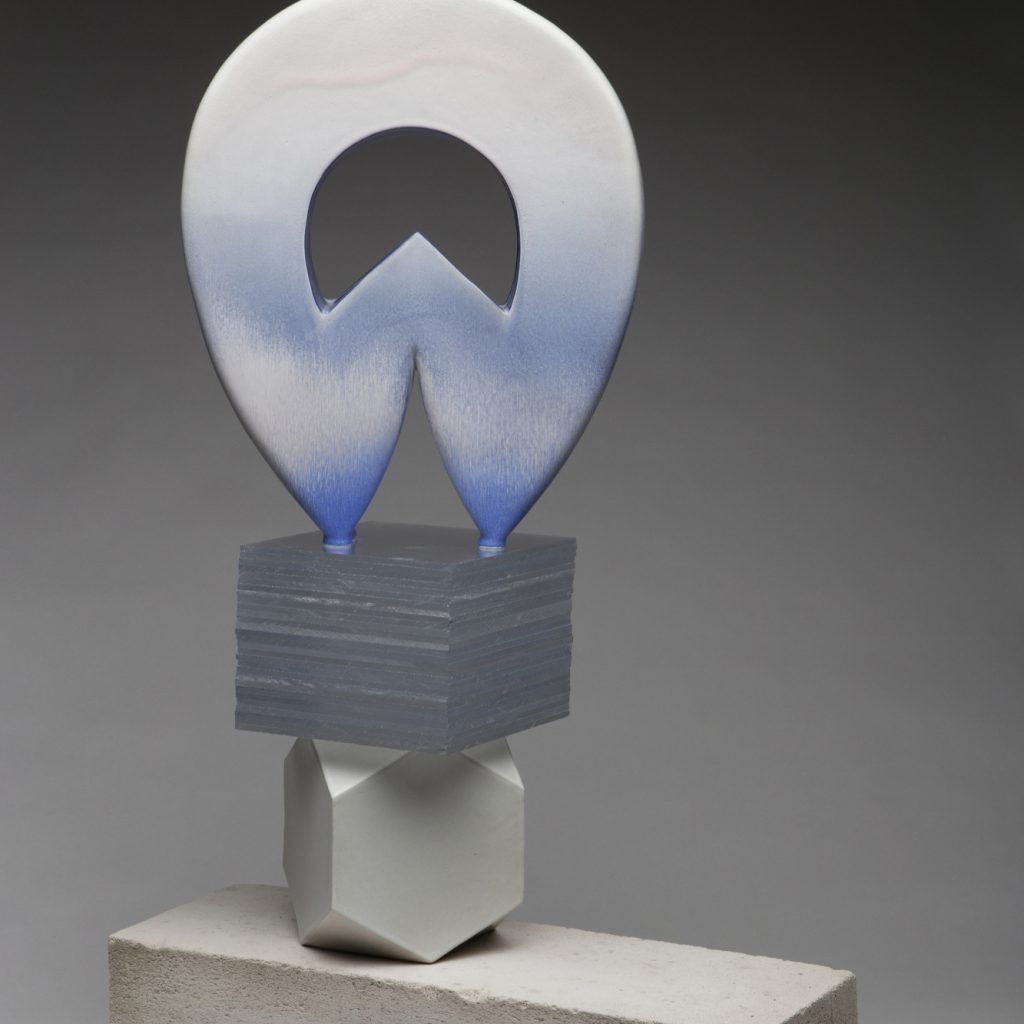 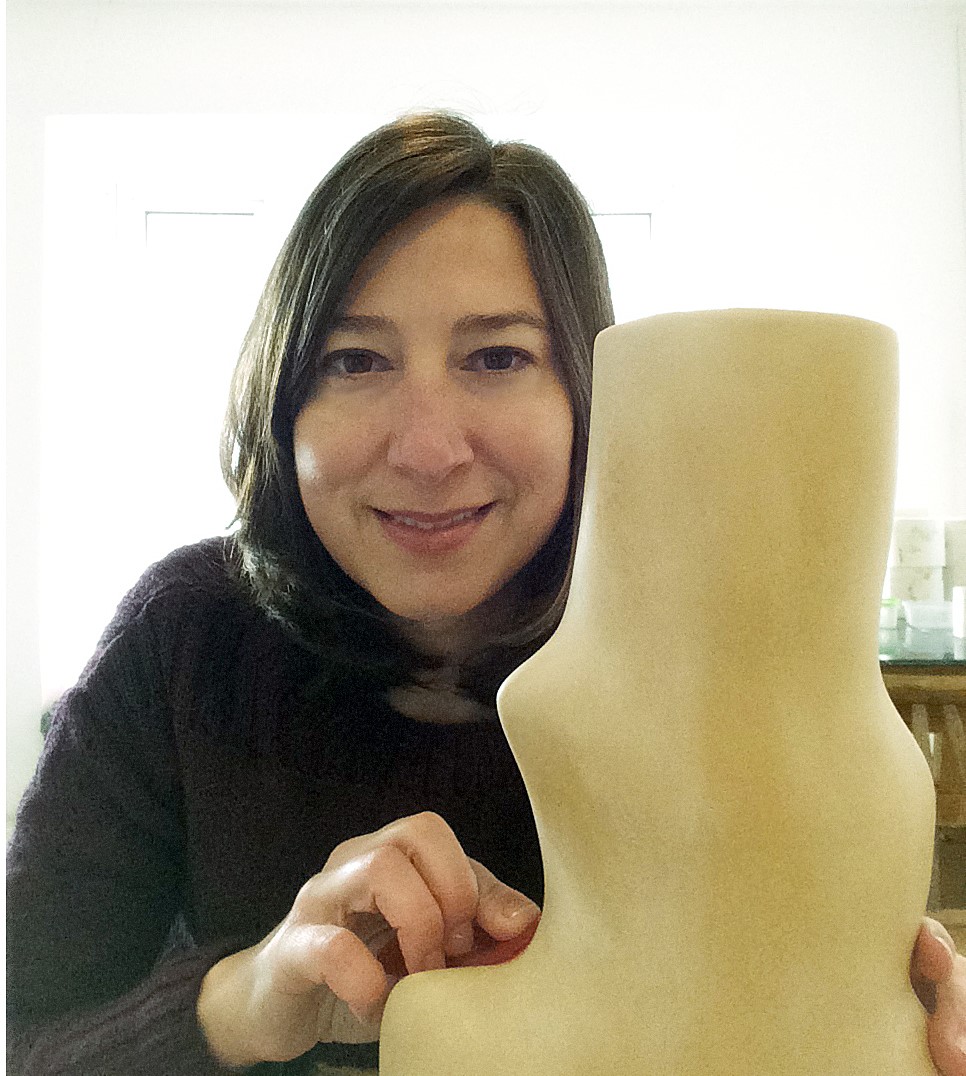 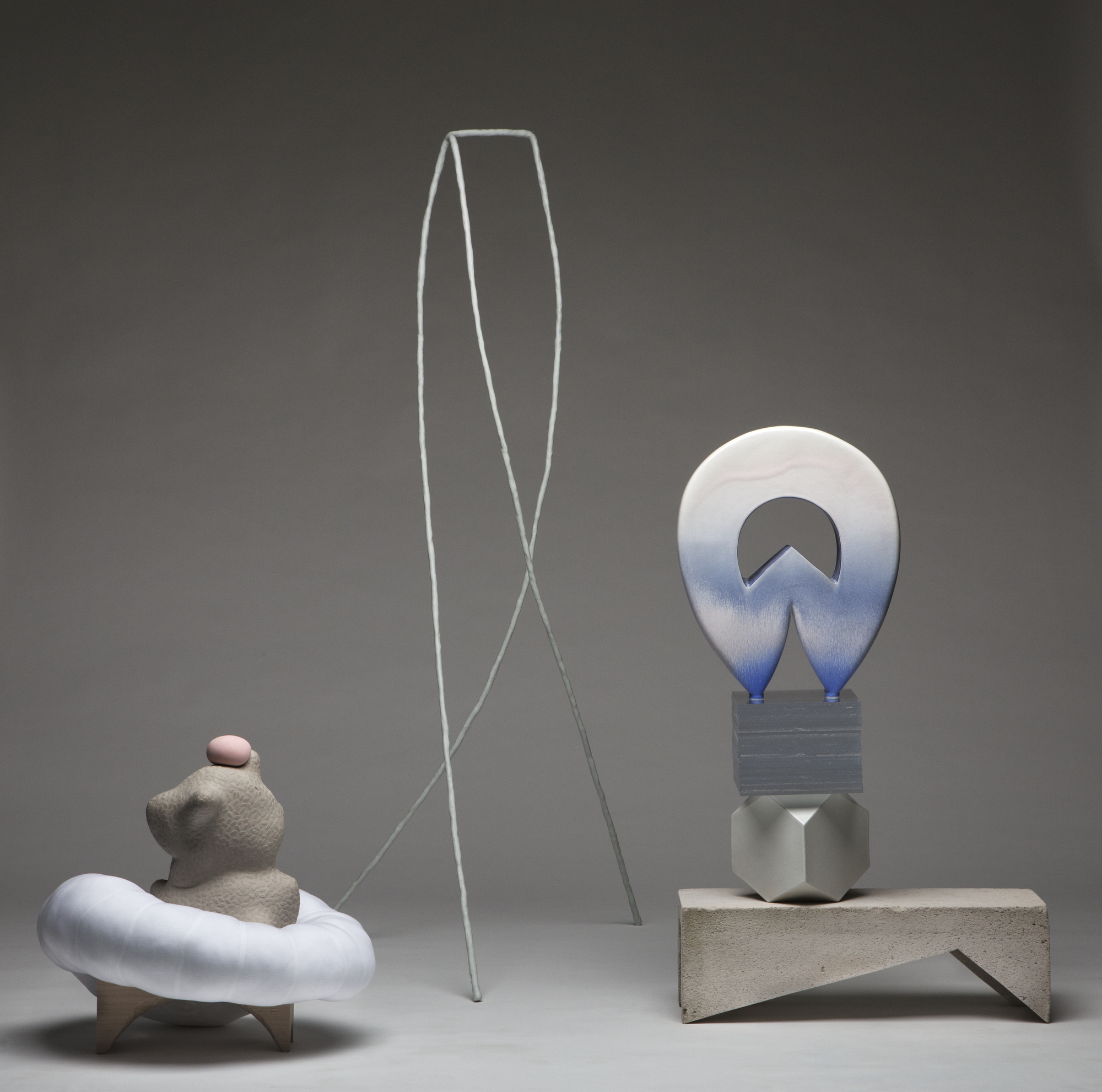 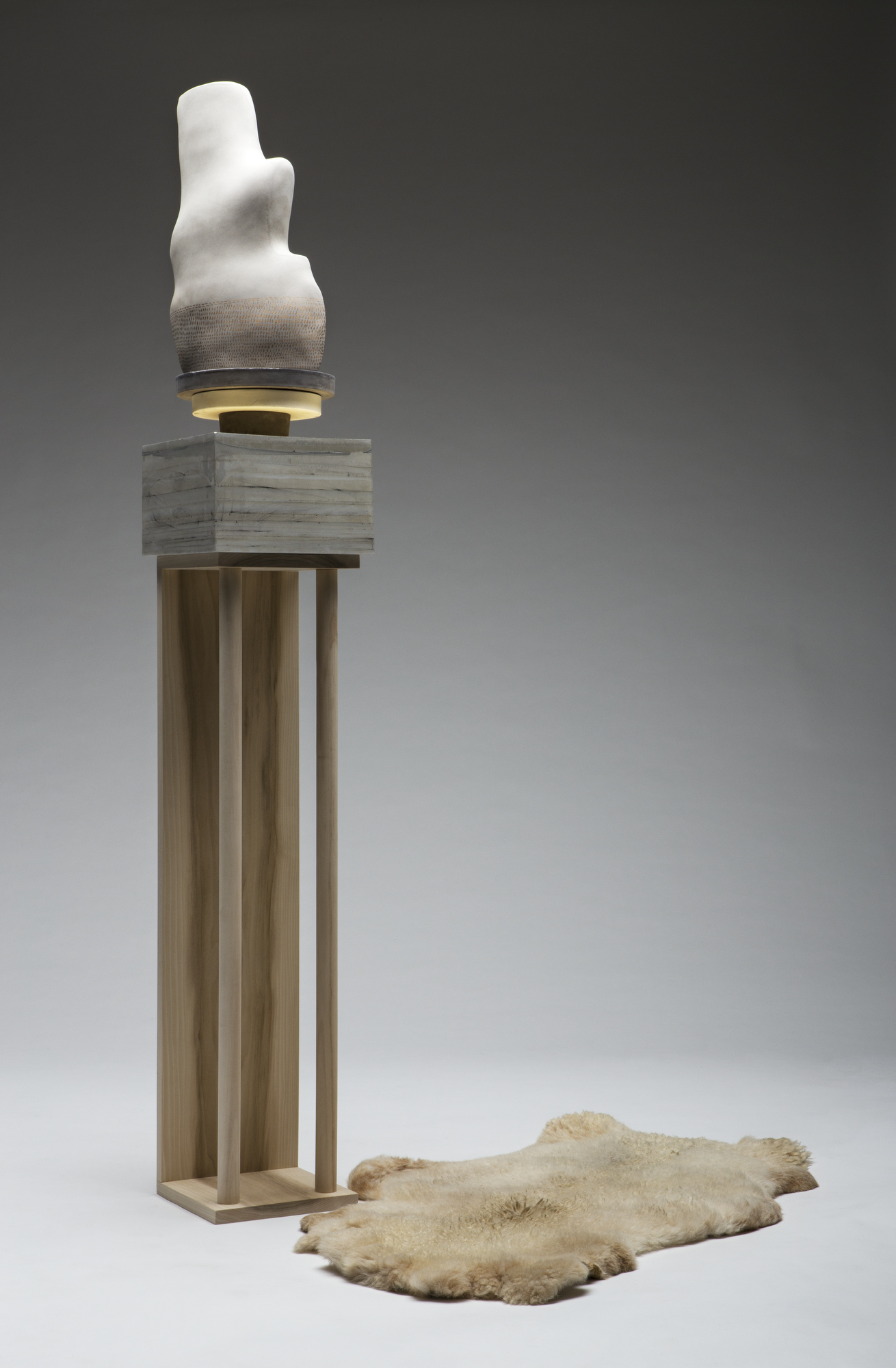 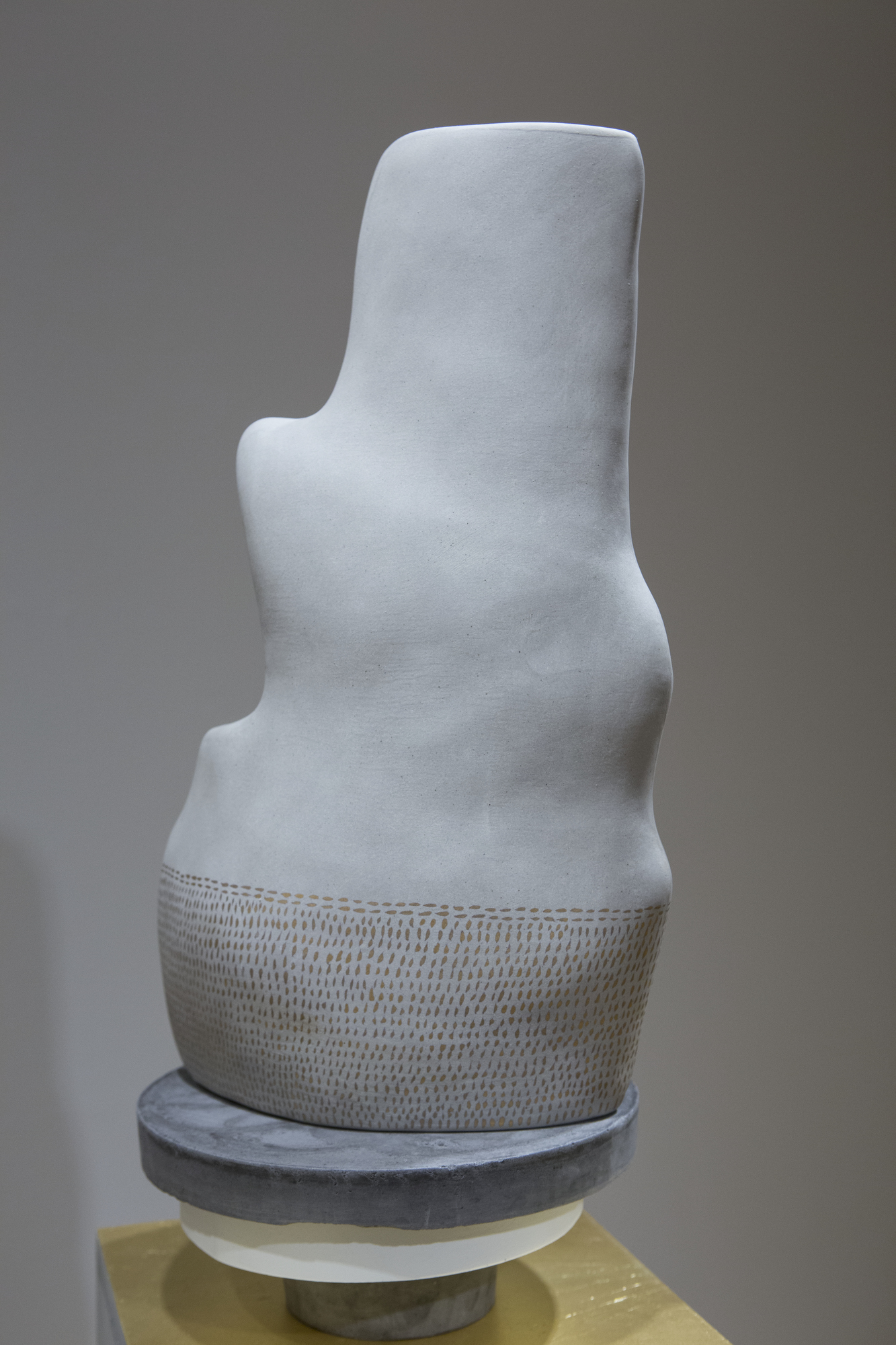 Wittmer’s mixed media sculptures are to be considered for their formal aesthetics and for their acute concern with physical balance, which she considers to be a reference to the human body.

Wittmer says, “Many of my sculptures begin as experiments with the materials at hand. I ask, ‘What happens when,’ and the work created becomes the answer. With simple gestures, stacking, arranging, and balancing, I am aiming for a kind of tenuous stability that engages body awareness, and incites curiosity and a desire to investigate the nuances of color, texture and material. By combining found objects with handmade, manufactured, and natural forms, I create sculptures that evoke horizons, peaks, valleys and industry. They allude to the human imprint evident within the landscape and allow space for the viewers imagination to linger, to explore and discover.”

Christy Wittmer received a BFA and BS in Art Education from Miami University, Oxford, OH (1997), a Post-Baccalaureate in Ceramics at The Ohio State University, Columbus, OH (2010-12), and an MFA from the University of Cincinnati (DAAP), Cincinnati, OH (2014). She has held a Long Term Residency at Lawrence Arts Center, KS (2015-16) and is returning for a third residency at the Pottery Workshop in Jigdezhen, China, in fall 2016 for 10 months as a Fulbright Scholar. She was also a Banff Artist in Residence Late Winter Intensive, Banff Centre, Canada, and at the Kunsthalle Am Hamburger Platz, Berlin, Germany. Christy’s sculptures have been exhibited at REVERSE Gallery, Brooklyn , NY, Providence, RI, Louisville, KY, Cincinnati, Jingdezhen, China, Cincinnati, OH, and other places. Her work was previously shown at The Sculpture Center in After the Pedestal, the 8th exhibition of smaller sculpture from the region (2015). Christy Wittmer CV.