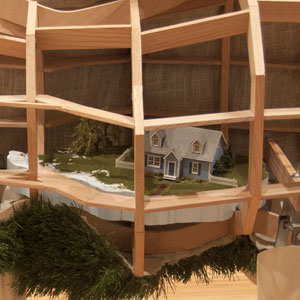 Boppin’ into the Wild Blue

Slideshow of Boppin’ into the Wild Blue. All photos by Jacob Koestler. 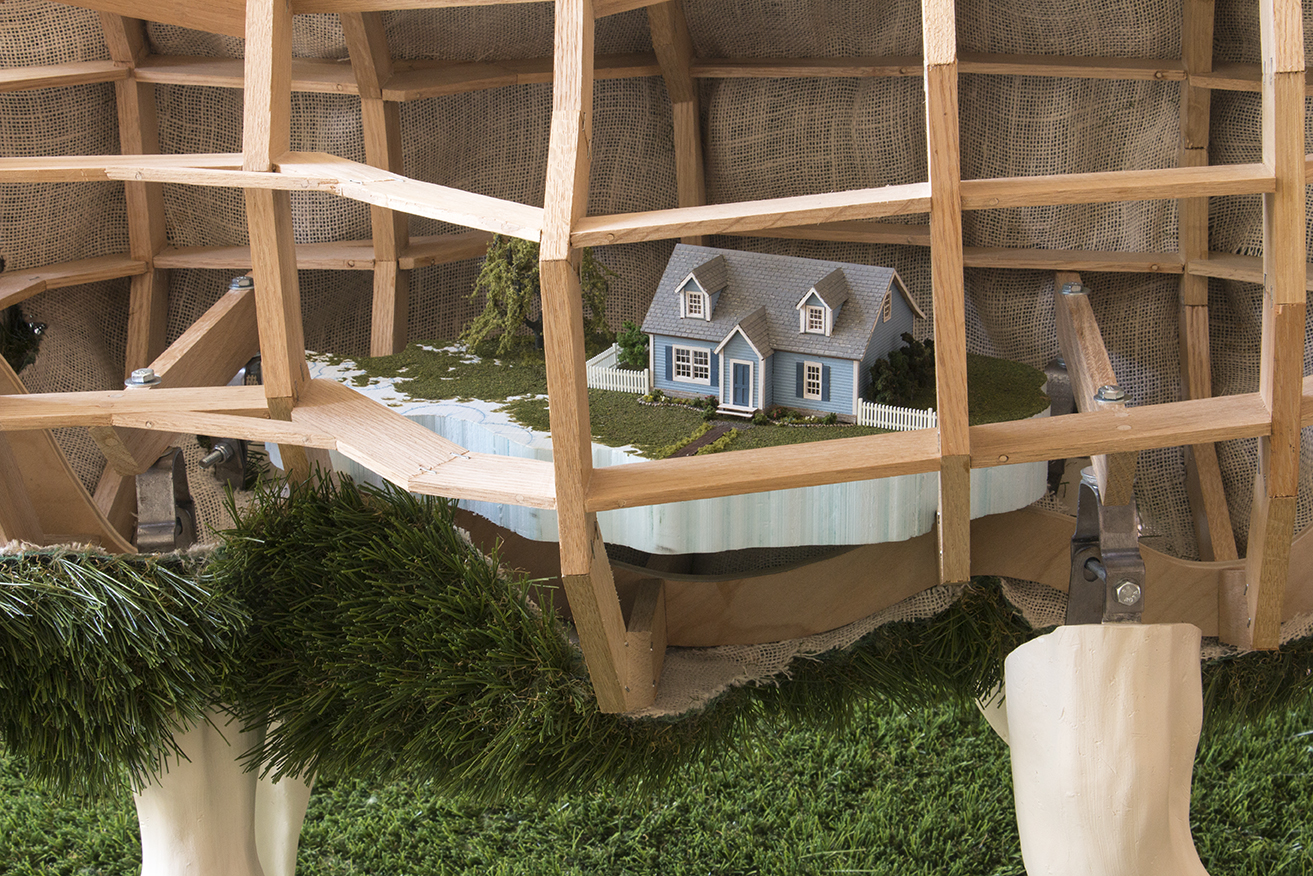 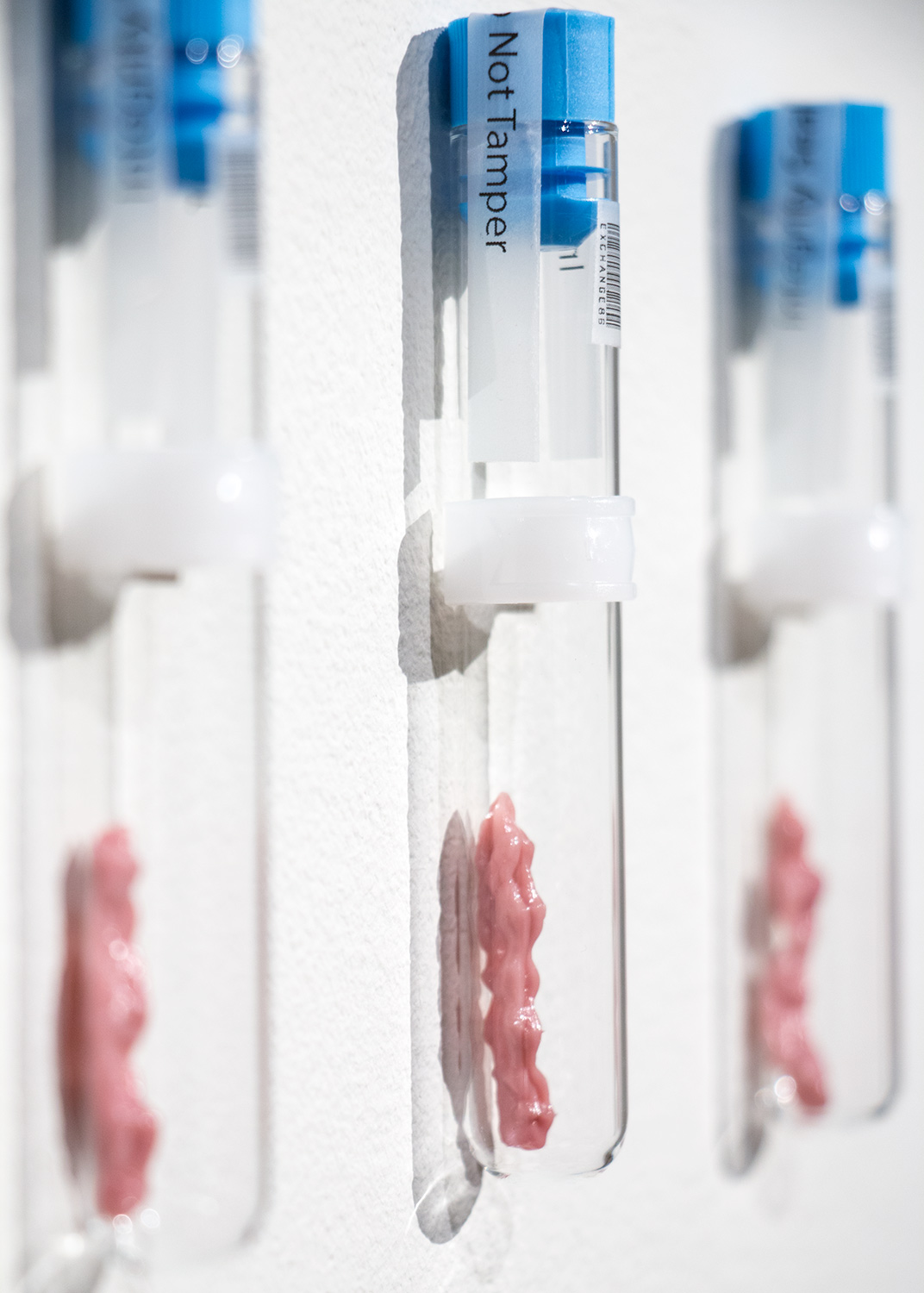 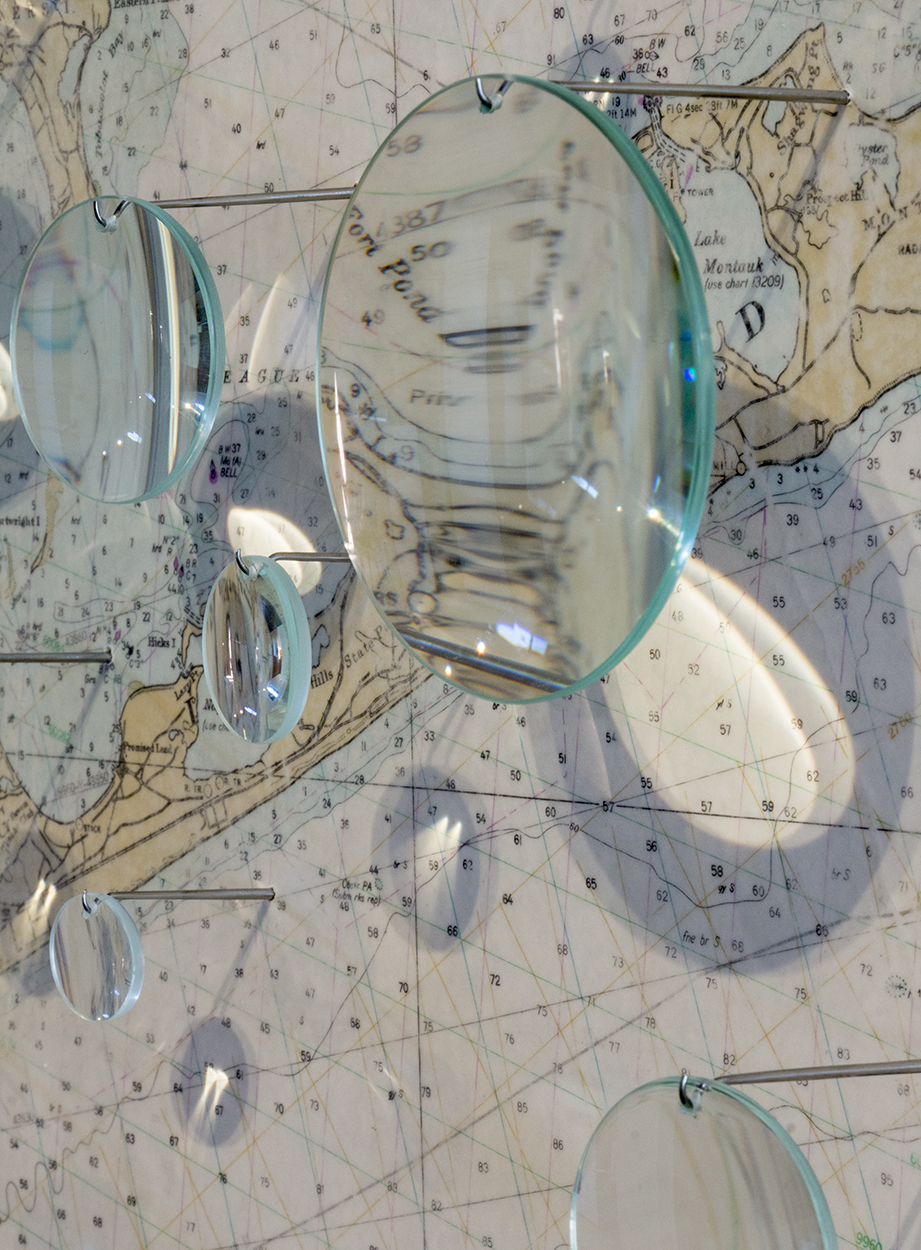 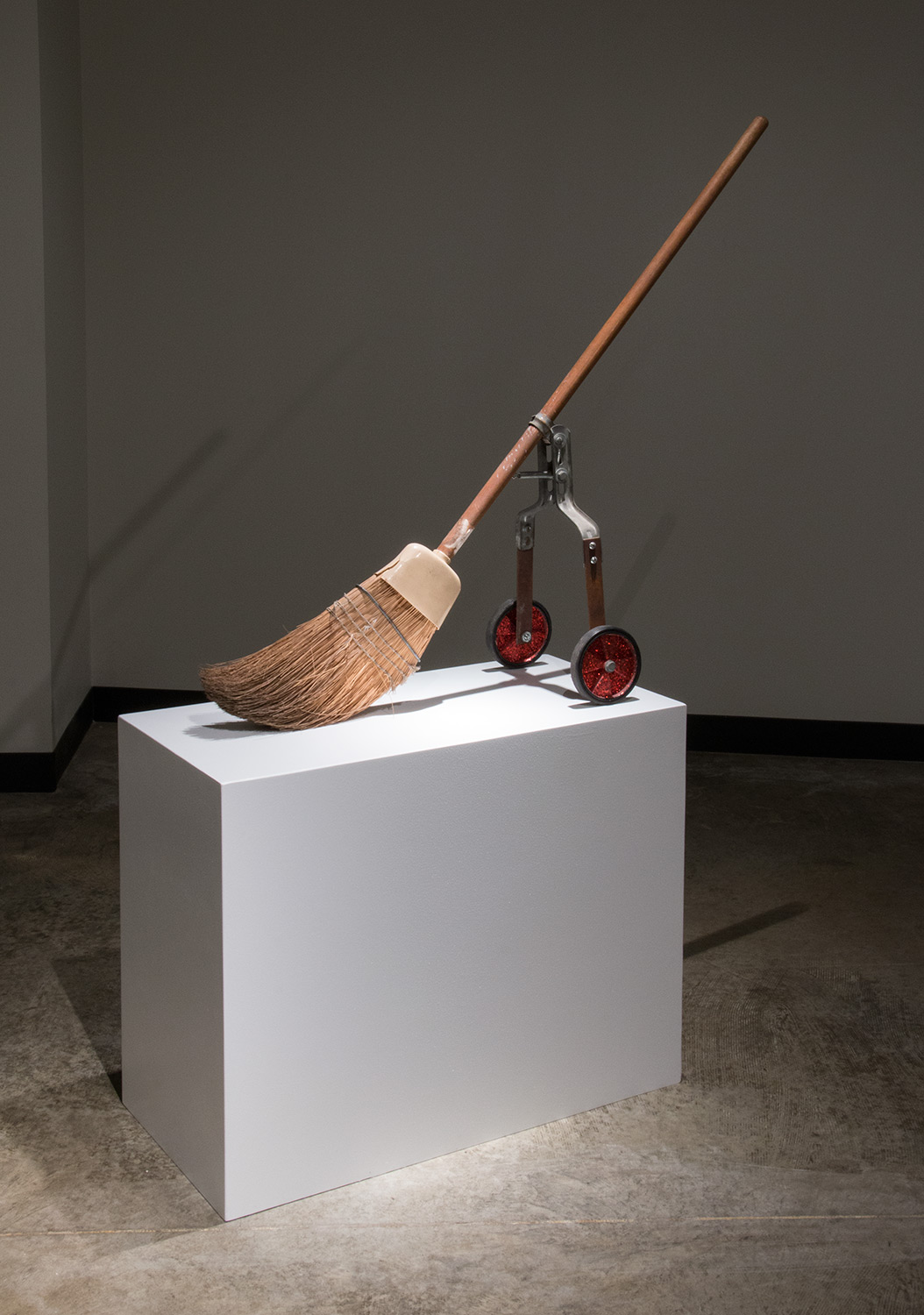 Friday, September 23
Opening @ 5:30 – 8:00 PM
The Curator and The Artists Talk @ 6:30 PM
Boppin’ into the Wild Blue:
A Conversation on the Implications of Creative Narrative

from Lane Cooper, Guest Curator
Featuring work by Erin Duhigg, Stacey Holloway, Marc Petrovic, and Zak Smoker, Boppin’ into the Wild Blue offers revisions of reality. These artists peel back the practical and concrete to view the world with the inventiveness often lost after childhood. Their works, sometimes absurd or whimsical on the surface, nevertheless contain invigorated insights into the state of things while alleviating the hard edges with the fantastic possibilities of impractical thinking. It’s the kind of thinking that generates the narratives of storytellers and poets and which spurs our own imaginations, providing a jumping off place from which to re-imagine the world.

Using animal imagery and references to domesticity, both Petrovic and Holloway reveal the ancient and archetypal within the contemporary, the unseen spiritual energies that surround a sense of home or place. Their work is a visualization of the mythic forms resting just beneath the surface and persisting as an antidote to the omnipresent hum of digital technology. Duhigg and Smoker, by contrast, re-imagine the world through a different tack. Theirs is a DIY approach to transformation; the physical world of everyday materials merges with the fantastic through embellishment and reconfiguration. Retooled found objects become replete with possibilities proposing a flying carpet to the moon or a captured shadow.

The works in this exhibition fill the gaps of what is too often in deficit in our daily lives and that is imaginative and fantastic visions of a world that in reality is too often stingy and unyielding in its practical concerns. These works remind us that imagining proceeds transformation and the world we imagine will undoubtedly foreshadow the world we make.

Erin Duhigg is a Cleveland-based artist where she currently serves as the Technical Specialist for the Sculpture and Expanded Media Department at The Cleveland Institute of Art. She graduated from CIA in 2011 with a BFA in Sculpture and received her MFA in 2013 from the Sam Fox School of Design and Visual Art at Washington University in St. Louis. Her work has shown nationally and is included in a number of private collections. Her practice utilizes a variety of approaches including performance, immersive installation and more traditional object-based works.

Stacey Holloway is an artist based in Birmingham, Alabama. Holloway received her BFA from Herron School of Art and Design/IUPUI in 2006 and her MFA from the University of Minnesota in 2009. She is currently serving as an Assistant Professor of Sculpture at the University of Alabama at Birmingham. Holloway has exhibited throughout the Midwest, South and East Coast in galleries such as Wayfarers, Brooklyn, NY; FM Gallery, Chicago, IL; Gallery 924 at the Arts Council of Indianapolis, IN; and Gallery13 in Minneapolis, MN. Her practice centers on object-making and installation.

Marc Petrovic is a Cleveland-based artist working in glass. He graduated from The Cleveland Institute of Art with a BFA in 1991. In 2014 he was named Chair of the Glass program at CIA where he holds the rank of Associate Professor. Prior to assuming this position, Petrovic worked for 23 years as an independent artist 18 years of which while in Connecticut. With an extensive exhibition record, Petrovic has an international reputation having exhibited in venues as diverse as the Corning Museum of Glass in Corning, New York and the Niijima Museum of Glass in Tokyo. His work is maintained in a number of prestigious collections including The Museum of Arts and Design, New York, NY.

Zak Smoker is a Cleveland-based artist. He received his BFA in Sculpture in 2011 from The Cleveland Institute of Art and his MFA in Visual Art from the Sam Fox School of Design and Visual Art at Washington University in St. Louis. He currently works as a Technical Specialist in CIA’s Fabrication Shop. His work has been exhibited nationally and resides in several personal collections. His practice utilizes a range of approaches including image-making, performance and more traditional object-based works.

The title is inspired by Bruce Springsteen’s Radio Nowhere’s lyrics:
I was driving through the misty rain/searchin’ for a mystery train/boppin’ through the wild blue/tryin’ to make a connection to you