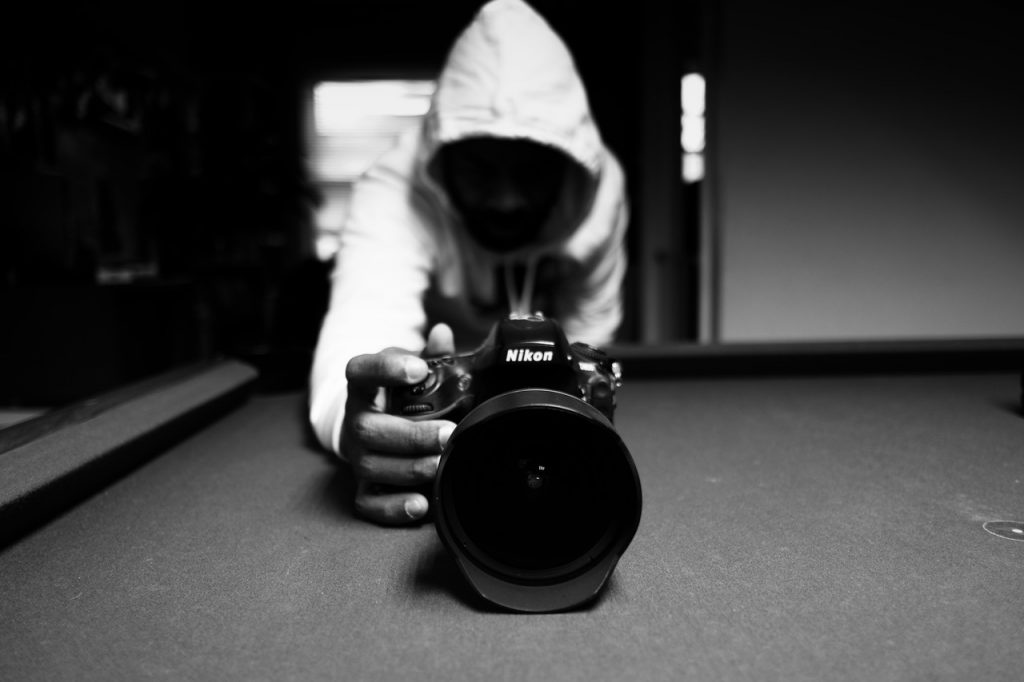 Register Here
Augmented Reality (AR) superimposes virtual objects and sound onto real-world environments, and delivers an interactive art experience. AR experiences only need a smartphone or tablet. Art viewed in AR suggests a new way of perceiving what is both there and not there, spoken and not spoken, and in our present and our past. The Sculpture Center is pleased to present Donald Black Jr., David Jurca, and Ocean Young in a conversation about the use of augmented reality in public spaces and in the current exhibit Crossroads: Still We Rise.
About Donald Black, Jr.
All it takes is for someone to drive through some of the roughest parts of Cleveland to witness the beauty and impact of Donald Black, Jr.’s photography.  Black’s work is on the ground alongside the people who are from the same environment that he represents. And when you hear his story, with all of its rugged and rough edges, you’ll understand why it’s so impressive that he was able to maintain the focus needed to avoid falling into the traps that his environment steadily situated and promoted. Here, there are no stories of happy endings, white picket fences, silver spoons or long lists of impressive schools, exhibitions and awards. Instituting himself and tabulating all of his accomplishments isn’t as impressive as knowing how serious and meaningful art is to the person who is doing it to stay alive.
About David Jurca
David Jurca is Principal at Seventh Hill, a design consultancy focused on improving user experiences in the public realm through appropriate technology and insightful research. David is an urban designer with over 14 years of professional experience guiding real-world projects and academic research. Seventh Hill manages client projects at a range of scales from city-wide redevelopment plans to public art installations. David specializes in innovative community engagement strategies, temporary urbanism, winter city design, and mixed reality experiences. His work has been recognized with awards from the American Planning Association, American Institute of Architects, and Environmental Design Research Association. David’s design projects were exhibited internationally through Chicago’s Metropolitan Planning Council, Van Alen Institute, Havana’s Fabrica de Arte Cubano, and the Venice Biennale of Architecture. David is Chair of the City of Cleveland’s Near West Design Review Committee, serves as Vice-Chair on the Board of Canalway Partners, and recently joined the Board of CLEVR Community as Director of Urban Experiences & Transformation. David holds a Bachelor’s degree in Architecture from The Ohio State University and received his Master of Architecture from Kent State University.
About Ocean Young
Ocean Young is an Extended Reality designer working for Cleveland based software company RazorEdge. He moved to Cleveland from Connecticut in 2014 to attend the Cleveland Institute of Art and pursue a BFA. He has a background in digital art focusing on game development, graphic design, 3D modeling, and illustration. He strives to bring people together and leave a lasting impression through a combination of cutting edge technology and the natural power of artistic expression.
Augmented Applications is free to attend! Registration is required.