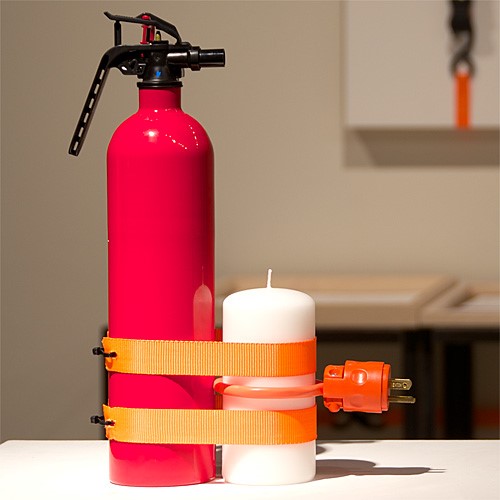 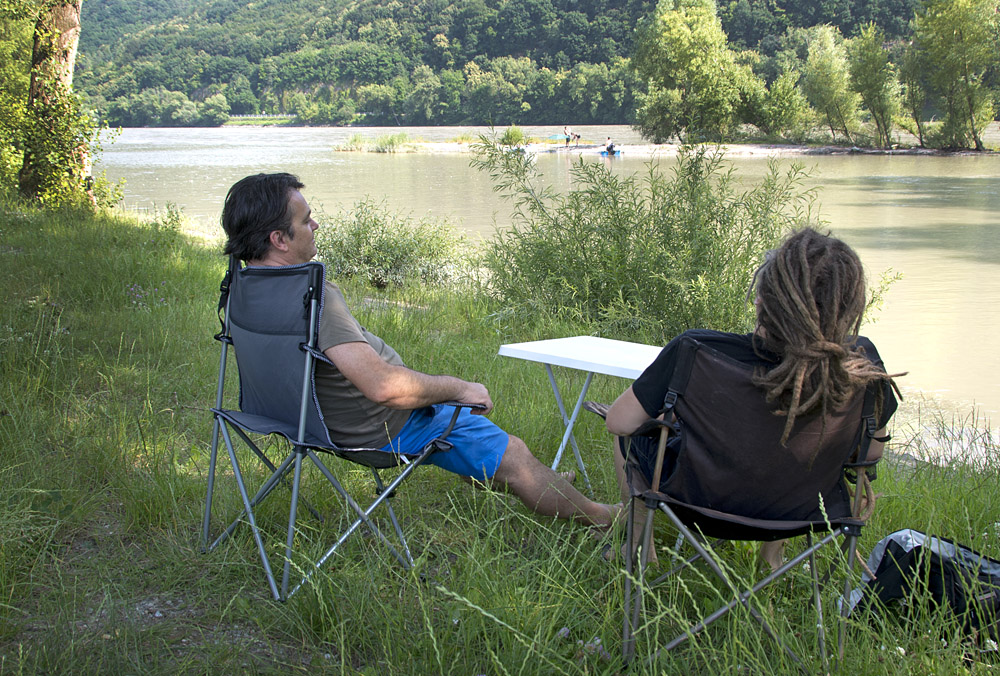 Apparat. Retrogression through technological progress. is part of an exhibition series under the Nonsense Technologies concept. The first of them took a place in Poznan, Poland in Oct. 2015; the next are planned for Dec. 2016 in WRO Art Center in Wroclaw, Poland and Oct. 2017 in MOCAK, Cracow, Poland.

The artists Przemyslaw Jasielski and Rainer Prohaska present an unusual attitude to art and technology. In their approach the critical idea of how and why we use the newest technological designs is superior to pure fascination with the latest gadgetry. The question why should we design or make something is much more important than how we achieve it. The result of such a strategy is always the physical object available for the viewer in the real world created in opposition to finality, productivity, and effectivity, and including a serious dose of a sense of humor. It is also a constant experimentation and playing with the definition of sculpture in the context of technology and science.

Przemyslaw Jasielski:
Photo Robotoid
The project made specially for this exhibition is a continuation of the artist’s attempts to construct machines which have some sort of built in independence or free will. In this case a specially constructed robot will take and print photos of the audience in reaction to their movements in the gallery. Because of the primitive construction the photos will be imprecise, out of focus, blurred, and not keeping within standards of composition; nevertheless, they will have some sort of accidental beauty. It will be an interesting change compared to all these perfect but artificial images storming us every day from the media.

Rainer Prohaska:
In this exhibition artist Rainer Prohaska will show two sorts of works circling around the meta concept of Nonsense Technologies.

The first work-group will be a premiere of sculptures dedicated to the rust-belt area. These manipulated ‘Ready Made’ elements of machines and industrial items will be overlapped with a graphic technique Rainer Prohaska invented in 2009 in Los Angeles. This half digital, half analog printing concept called ‘PALT’-Method (Prohaska Acetone Laser Transfer) has been used so far only for flat graphics and preview collages. For this exhibition, this method will be adapted for the first time to 3-dimensional objects. The found parts from machines will be extended and processed by ‘PALT’.

The second work is a big-size art-book, which will contain original graphics, written text, and photographs. These were part of dialogs between artists Przemyslaw Jasielski and Rainer Prohaska during the development of ‘Nonsense Technology’ sub-concepts and are mainly discussing the content and the background of this exhibition. This art-book can be shown by displaying single pages, like drawings, on the walls or as a bounded book, placed on a specially constructed desk in the center of the exhibition space.

about the artists
Przemyslaw Jasielski was a visiting artist at The Sculpture Center in 2013 through the Cleveland Foundation’s Creative Fusion artist-in-residency program. His installation created during his residency and shown at The Galleries at CSU, Analog, Immigration (2013), will be reconstructed for the permanent collection of The Museum of Modern Art in Warsaw later this year. Przemo returned to Cleveland in fall 2014 to make a new piece for exhibition, Minotaur, for The Sculpture Center exhibition Machined Senses. This piece was the prototype for a second Minotaur that was the center piece of Le Gruen Galleries’ first showing at Frieze New York in spring 2015. Przemo has exhibited before with Rainer Prohaska as part of his ongoing series of Nonsense Technologies exhibitions.

Jasielski, a graduate of Poznan Academy of Fine Arts, Poland (MA Sculpture 1994), is a visual artist working on the intersection of engineering, art, and science. Many of his projects oscillate around the contemporary art and science paradigm, which treats art as an experimental scientific practice, while science as a contemporary art theory. He works with a range of technologies from simple methods of using paper to construct architectural structures to complex artificial life-management systems. His 2013 piece, Leviathan, a huge object covered with a coating reactive to touch that emits various sounds and vibrations as a result of interaction with the audience, was commissioned by the Polish Minister of Culture for the Malta Festival Poznan (summer 2013) and was shown in summer 2016 at the Patent Office in Berlin, Germany, as part of Museum Night. Other works have been presented at numerous domestic and international exhibitions, including Tokyo Wonder Site (a 2012 residency), Skolska 28 Gallery in Prague,the Czech Republic, Gyeonggi Creation Center in South Korea (a 2010 residency), Lucas Artists Residency in Montalvo, California, USA, Optica Gallery in Montreal, Canada, Le Guern Gallery in Warsaw, Poland, The Galleries at CSU, Cleveland, OH, and The Sculpture Center, Cleveland, OH.

Rainer Prohaska is the Transformer Station’s fall 2016 artist-in-residence, supported through the Creative Fusion program of the Cleveland Foundation. He lives and works in Vienna, Austria. Rainer, trained as an engineer, studied as the 2004 Erasmus-Scholarship, Academy of Fine Arts Krakow, Poland, and graduated with honors from the University for Applied Arts, Vienna, Austria (2005). He has held residencies around the world and shown his technology inspired installations in China and Austria, among other countries.